A book with an unforgettable name, “Puppies Are Dicks” was written by Eric Sims. Why does the author have such a strong opinion about puppies?

Perhaps it is because puppies from a dog store come from a puppy mill or a breeder. Puppy owners spend hundreds or even thousands of dollars to buy the puppy of their choice.

Eric challenges us to take a hard look at this concept. Is it morally right to do this when there are thousands of older dogs who need adopting in local shelters? Every year, approximately 3.9 million dogs enter animal shelters across the country. According to the ASPCA, about 1.2 million of these dogs are euthanized every year. 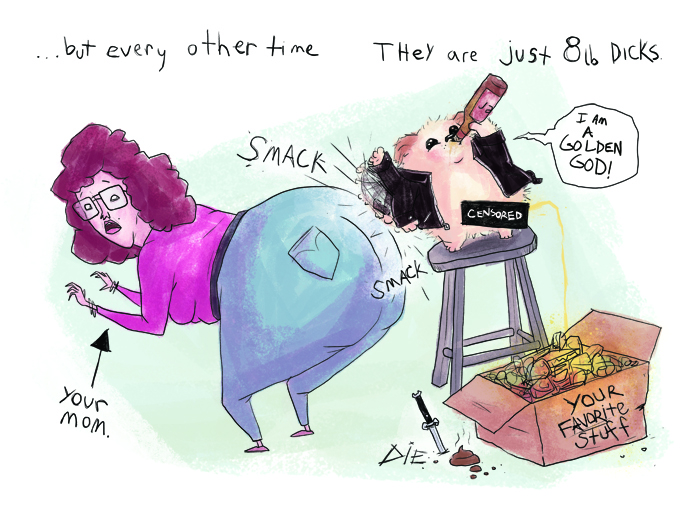 An estimated 500,000 puppies are sold in pet stores each year.

Older dogs who are end up in shelters end up being put down because they are overlooked. Eric stresses that this is simply not fair.

Eric’s cause was inspired by his own senior dog named Penny. His goal is to humorously educate everyone on why it is better to adopt an older dog from a shelter instead of a pet store.

He makes some valid points in his book about puppy behaviors. He brings to our attention the fact that the cuteness of puppies detracts from their bad behaviors. For example, a puppy can look us right in the eye while he is pooping on our couch.

He says that older dogs are much better than puppies as they are fun, loyal, loving and much easier to care for than a puppy. 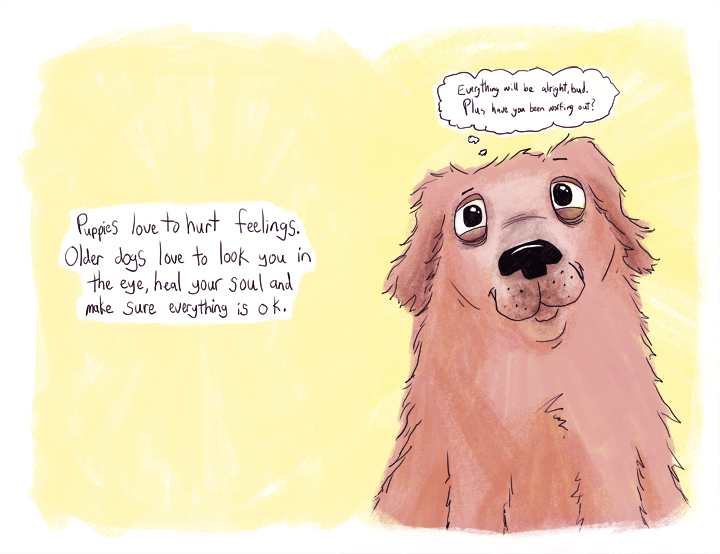 He has already met his kickstarter goal to publish his book. He is donating a portion of sales to help senior dogs in shelters across the United States. Order your own copy of “Puppies Are Dicks” on Amazon.com, BarnesandNoble.com and Puppies Are Dicks.