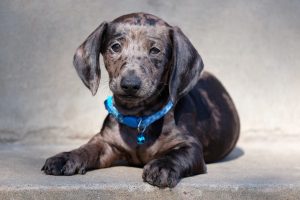 There are few other dog breeds that bring a smile to your face as well as a Dachshund does. One look at the elongated body and short legs, and it’s easy to see why they have been nicknamed the “wiener dog.”

The Dachshund is an affectionate and lovable breed too, so it only makes sense that people would try to breed them with other dogs to capture that same attitude.

Today we’ll take a look at what popular Dachshund mixes have been bred to satisfy owner’s demand for these fun pups.

The Basset Hound already is a bit shorter and elongated, but this mix accentuates those characteristics. The Dachshound may have a similar sounding name, but they are much more Basset than Dachs. 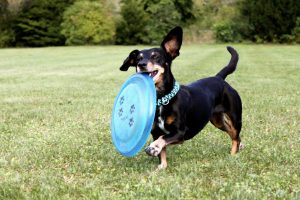 The Doxiepin gets the body of its dachshund parent and the color pattern of its Mini Pin parent. They look great and normally showcase the dark coloring and eyes that is common in Pinchers. One unique thing about this mix is that they are usually rather thick so they can tend to feel very sturdy. 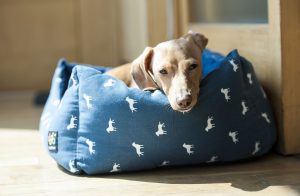 While Dachshunds are very popular, evermore popular is the Golden Retriever. Goldens have been coming in at the number three spot in the American Kennel Club of America’s list of most popular breeds for years. It’s easy to see why the Goldenshund would be a popular mix.

Goldenshunds make great family dogs and enjoy an active lifestyle. They’ll be sure to keep your family on the move!

While the Dachshund can be a big mess maker around the house, there’s an easy way to fix that. Mix them with a Poodle!

The Doxiepoo is more than just a cute name. They get their intelligence from their poodle parent, as well as a low allergen coat. The Doxiepoo couldn’t be any cuter. 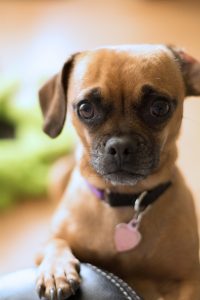 If you’d like to give a Dachshund a confidence boost, mixing in a little Chihuahua can be a perfect choice. This feisty little mutt can be your guard dog, but they’ll still come in for an affectionate snuggle on the couch.

While the Labshund might require a little more exercise than the average Dachshund mix, this makes them the perfect choice for an active family. They get all the affection and friendly demeanor of their Lab parent, and some of their size too. That makes these guys just a bit larger than your average Dachshund.

If you can’t get enough of that loveable breed known as the Dachshund, be sure to check out some of these mixes. Dachshund mixes can give you the loveable package of a Doxies with the extra flair of other breeds.