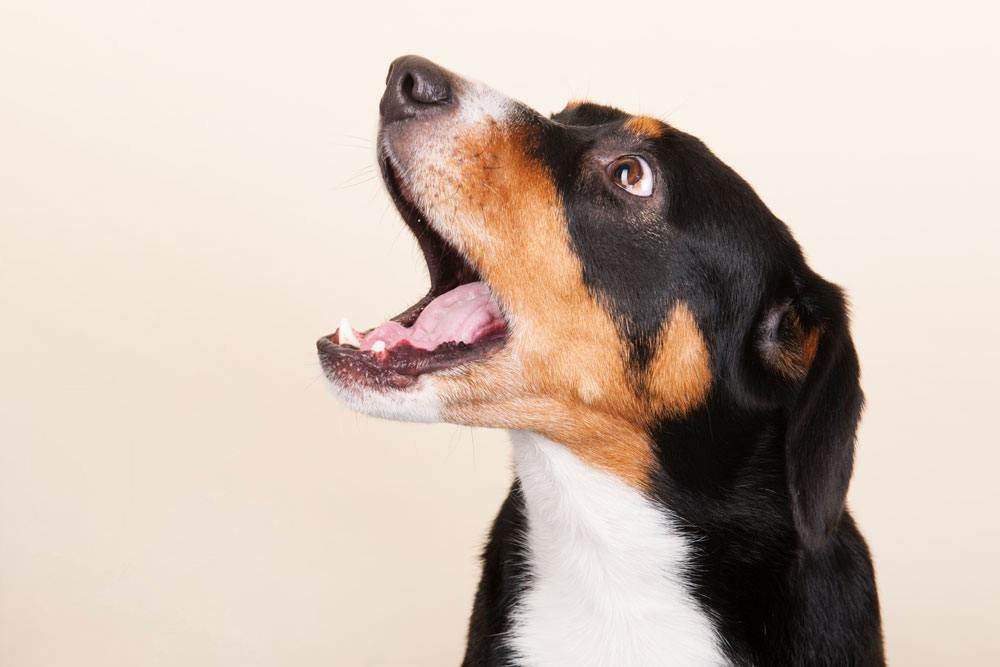 A dog it is often said is born to bark. For if it doesn’t, it either isn’t a dog at all or it’s a Dingo or the Australian Dumb Dog, the only one of its kind. Barking comes so naturally to dogs that any dog however timid and weak, will bark at some time or the other, no matter what. It’s his language, his method of communication, and way of warning his master that there’s a stranger in the house or outside.

Schipperkes love to bark. They go wild in an instant, for example.

Some dogs, however, tend to bark excessively, which can be a grand irritant in the house and disturbs the peace of many a quiet neighborhood.

You could get called out by irate neighbors and even have run ins with the law if this problem persists. That’s why it’s imperative to figure out first the reason why the dog barks so much. Once this is identified, the treatment can start accordingly.

And we are not talking some interrogation package that they used to have in 24. Though if Jack Bauer wanted information he would just start breaking fingers and that normally did the trick but this is another topic.

Why do dogs bark?

Barking is basically vocal communication used by dogs. It’s the language they speak, depending on the circumstance and situation. A dog usually barks because of the following reasons:

Every dog defines a territory of its own. Thus, when a stranger or another animal encroaches upon that, it triggers his excessive barking. Moreover, as the alleged threat comes closer, his barking gets louder. Aggression and extreme alertness show up clearly in his character during this particular time.

Do not worry so much. This is why you got a dog. This may give you time to call 9-11, get a gun, lock the door, and so on. It will also let the other animal or person know that their presence is now known.

Some dogs that are naturally edgy or jumpy, get easily startled. They tend to bark at any object or noise that suddenly attracts their attention. This is usually seen in adult dogs that have been maltreated in their early days and is likely to happen anywhere, and not just within the home territory.

Dogs are basically pack animals. When left by themselves for excessively long periods of time, be it in a yard or at home, they may become sad, fretful, and bored and bark often to show their unhappiness.

A bark is also often a sign of showing happiness. When dogs see their masters at the end of the day, they greet with a hearty, happy bark, which is usually accompanied by furious tail wagging and jumping.

A dogs may bark if it wants something like playing, going outside or its favorite treat.

Dogs that suffer from separation anxiety are known to bark excessively. The other symptoms of the condition are furious pacing, restlessness, depression, running around in circles destructiveness, and inappropriate defecation. They become compulsive barkers and seem to like the sound of their own voices. As if they are some sort of spoiled celebrity.

Certain health conditions too, induce excessive barking. It could be the pain from a bee sting, neurological diseases, or even arthritis-induced pain. Older dogs are also known to develop canine senility, a symptom of which is excessive vocalization. Therefore, should you suspect that it’s a medical condition, get your veterinarian to check up on your dog and suggest medication accordingly.

Never shout: When you shout at a barking dog, you are actually increasing its adrenaline flow. He thinks that you too, are joining in. Speak normally but firmly. Remember, yelling is strictly a no-no. Most dogs won’t know the meaning of “shut up” being yelled at them. Instead, train him to understand the command “Quiet!”

As he barks, say “Quiet,” calmly but firmly. Wait for him to stop barking and praise him. Hand over a treat. But no treating when he’s barking. Eventually he’ll understand that it’s only when he stops on the “quiet” command that he’ll get a treat. Usually delicious treats like meat or cheese work.

Alternatively, teach the dog to respond to the command, “speak. Once he responds, command him to be silent with a “quiet.” Hold your index finger to your lips because dogs respond to body signals much faster as compared to voice commands. Keep practicing this when he’s calmer, and with time, he’ll learn to be silent at your commands, even when desiring to start bawling.

Tire him out: Usually tired dogs tend to be quieter. If the dog barks when he’s alone, exhaust him before he’s left alone. Take him for a long run or walk, play catch, fetch or ball or take him to the nearest dog park.

Kill the problem at the root level: Never allow this problem to keep persisting. This is simply because the longer a dog keeps at something, the more he gets used to it. Barking gives them a kind of adrenaline rush, which may make them aggressive also in certain situations, particularly those involving strangers. Once you know why your dog is barking, you can start working on ways to decrease his annoying habit (remember though, you do want your dog to bark a little when there is a stranger approaching or in a threatening posture for obvious reasons). Here are some specific reasons why dogs bark, and how you can help lessen the noise:

Strengthen the territory: If encroachment on his territory is his principal fear and induces barking, try and limit what he gets to see. If he’s kept in a yard, use solid wooden planks to block out view instead of using chain links. Also limit his access to doors and windows, when indoors by covering them with opaque film.

Daytime care: Food-dispensing toys generally keep lonely dogs busy. These will also provide him with something to do during daytime and keep him occupied for a couple of hours. Once he’s through with them, he’ll snooze probably. For dogs that have the habit of barking all night, indoor shelters are the best. They learn quickly to sleep inside quietly. This also provides extra protection and security for the family. This coupled with obedience, agility, or other forms of canine training will help you overcome the problem once and for all.