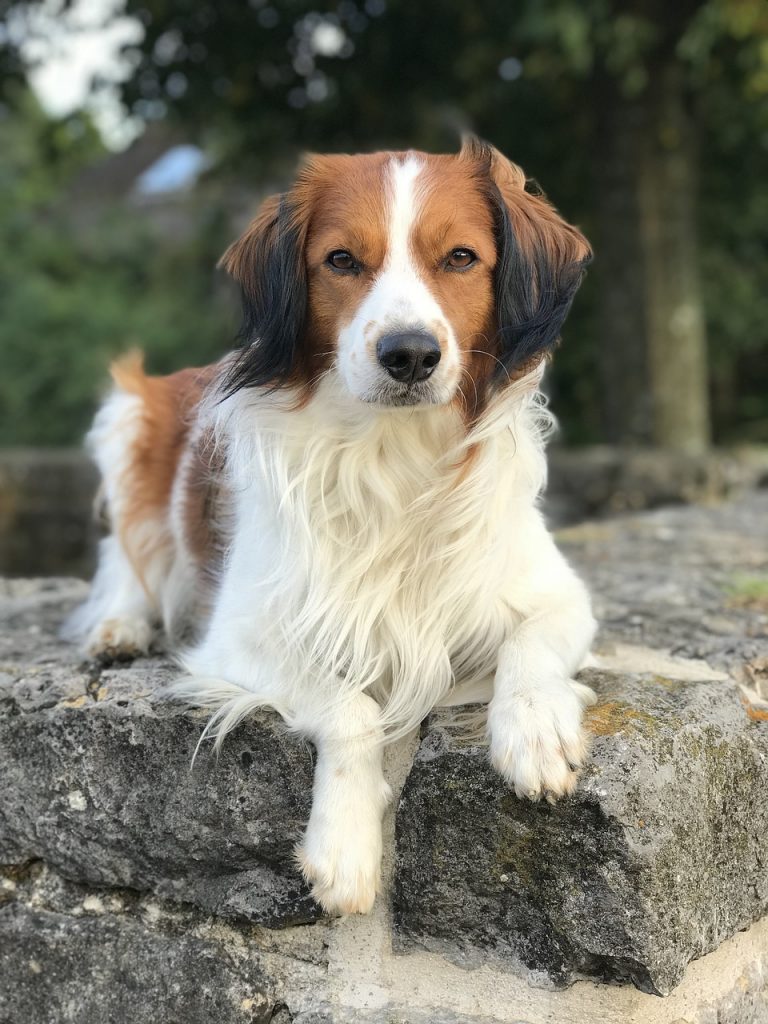 If you are in the market for a new best friend, you might consider one of the newest breeds around, the Nederlandse Kooikerhondje. This breed was at one time near extinction but has recently made a resurgence. It’s easy to see why!

To learn more about the Nederlandse Kooikerhondje read below.

This technique of hunting was where the dog got its name from. The hunter, or “kooiker” in Dutch, would use the “hondjes” or hound to lure fowl. Once in the trap, the hunter could easily grab the fowl.

The earliest accounts of the Nederlandse Kooikerhondje come from the sixteenth century. They were treasured as a lurer. Their largely feathered tail flares about as they walk and is a huge draw to unsuspecting ducks. Because they were so useful, they enjoyed the affection of many hunters throughout the years.

It was during World War II that the Nederlandse Kooikerhondje almost became extinct. It was when there were only around twenty-five Nederlandse Kooikerhondje left that Baroness van Hardenbroek van Ammerstol stepped in. She decided to do what she could to keep the breed going and successfully set up a breeding program. Unfortunately, she didn’t live long enough to see the breed officially recognized by the Kennel Club of the Netherlands in 1990. Her hard work has certainly paid off though.

The Nederlandse Kooikerhondje resembles a spaniel breed. They are small and have an orangish hue to their coats. They also have patches of white mixed into their coat which makes them look similar in appearance to a Cavalier King Charles Spaniel.

One of the distinguishing features a Nederlandse Kooikerhondje has is their “earrings.” Their ears have a longer stripe of black fur that hangs down much lower than the rest of their fur. This makes them look nicely showy.

Overall, Nederlandse Kooikerhondje is a healthy breed. They can be prone to Von Willebrand disease and necrotizing myelopathy. This shouldn’t be an issue if you are buying your dog from a responsible breeder.

The American Kennel Club always encourages breeders to test for genetic faults. If you are getting a Nederlandse Kooikerhondje from a responsible breeder, you’ll likely not have health issues. 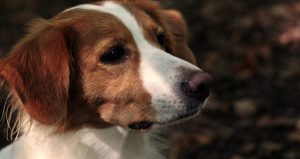 This breed will not need any excessive grooming considerations. They should be brushed at least weekly. And while you’re at it, give their teeth a good brushing and check their ears. Excessive wax build-up causes infections. The nails of the Nederlandse Kooikerhondje also seem to grow quickly, so maintenance will keep them from splitting or cracking.

The Nederlandse Kooikerhondje is a beautiful and friendly dog, but it is usually not recommended as a first dog. They have strong spirits that can lead the household if not kept in check.

That said, they are incredibly lively and are sure to be the life of the party. They get along well with most people but do seem to bond best with one person. They’ll also live to please this person. This means you’ll be getting a lot of attention from this breed.

And they need that attention back. They still have a strong prey instinct, so be sure to keep the breed in a fenced yard. They should also be given daily exercise. This will let them get their energy out so they can have some fun snuggle times in the evening.

The reward of overcoming a challenge can’t be beat. Putting work into training and loving a Nederlandse Kooikerhondje is a reward.