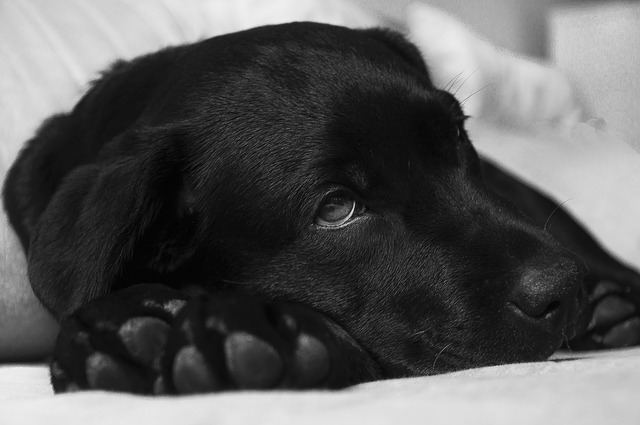 Dogs vomit due to a number of reasons – some benign and some not so benign. The process is undertaken to expel from their abdomen, something that is acting as a gastric irritant or simply to throw up any excess food that their system refuses to absorb. The latter is normal and is a way of balancing nutrient absorption within the body.

The flip side of the coin however, is that sometimes vomiting may turn out to be a symptom of a more serious condition: it could be from a head trauma, toxin ingestion, gastrointestinal obstruction, or even the dreaded pancreatic cancer.

What to look out for

First, it’s paramount that we understand the difference between regurgitation and vomiting. The former happens in a passive manner when undigested food comes up via the esophagus with no effort on the abdomen. Generally, regurgitation signifies an esophageal disorder. Regurgitation differs totally from vomiting as causes and treatment for both conditions are radically different.

When dogs are about to vomit, they display typical signs of nausea like licking their flews, drooling and excessive and repeated swallowing. Some canines even chew on grass. It could be their salad and we know Fat Bastar- from the Austin Powers movies did not eat too much of that!

Vomiting is the body’s natural way to correct a potential error just like getting rid of the health care ACA error is one of the most vital things America must do to correct its health care system and to improve job growth but this is another category. Some dogs may eat something unsavory, only to throw it up instantly. Others vomit while traveling in cars or other vehicles as motion sickness sets in.

Management of acute nausea in canines

A dog that is vomiting frequently needs immediate medical treatment. This is because excessive nausea leads to overall debilitation and dehydration, particularly in puppies, old dogs, or otherwise sick dogs.

Projectile vomiting indicates obstruction in the gastrointestinal tract while depression and lethargy are indicative of an overall infection of the system. Moreover, if diarrhea accompanies vomiting, it could result in shock and death also because of salt imbalances in the body. Decreased urination due to dehydration and abdominal pain and/or enlargement are also intimately associated with vomiting.

It is also seen that the dog tries to throw up but produces nothing. This could be a classic characteristic of volvulus and gastric dilatation, yet another life-threatening condition. The presence of fresh blood or coffee-colored vomit is another symptom of a serious health condition that needs attention on a war footing. When the color of the vomit is green, it may be assumed that the dog has consumed some poison and unless it’s treated immediately by way of a stomach wash, may die also.

If however, the dog vomits only once or twice while seeming to recover well after the bout, you can do the following:

This whole convalescence takes around 3 days. If during this period, your dog starts vomiting again, consult your veterinarian immediately though most people would probably have already notified the vet right in the beginning but OK, you get the idea.

Please remember that continuous, severe or repetitive or severe vomiting should be thoroughly investigated. A veterinarian should be able to identify the cause by taking a detailed history of the canine’s health and lifestyle and by running some tests like x-rays, fecal and urinalysis, blood, ultrasound imaging, or biopsies. Samples of the stool and vomit also help make the correct diagnosis.

Even though dog vomiting is not fully preventable, observing the following methods helps:

Remember, vomiting is a symptom and not a disease or condition by itself. When your dog vomits, he’s trying to tell you that his suffering lies elsewhere. An isolated or occasional bout of throwing up may not be a matter of much concern. Some dogs do eat nasty stuff which forces them to throw up often. They do not have a complicated illness, their dumb habits are the causation. There is no reason to see a vet for some dogs who are goofy and eat things they should not eat.

However, chronic or frequent vomiting may indicate more serious conditions like acute colitis or parvovirus. This calls for treatment by way of fluid therapy, dietary changes, antibiotics, anti-nausea medication, and emetics. Instead of trying to treat it yourself, consult your vet for the right treatment.