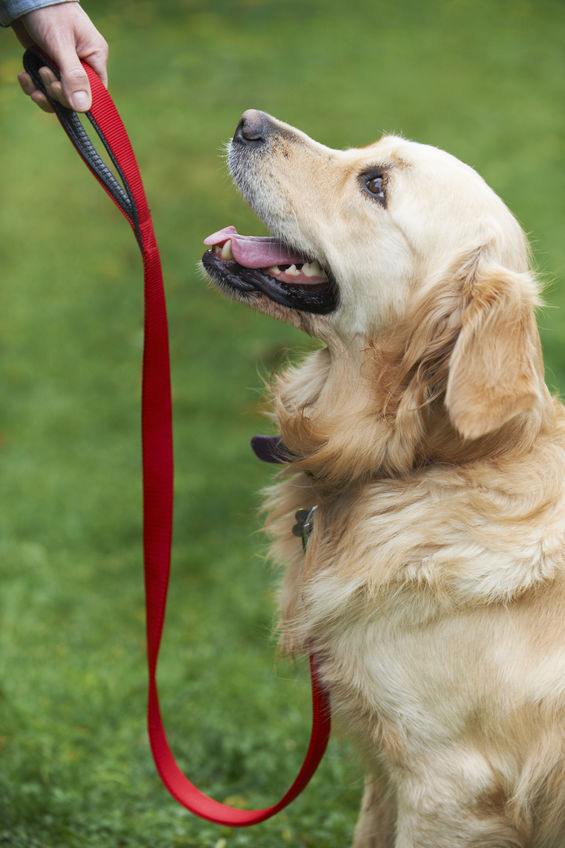 Have you recently purchased an electric dog fence? The most important thing you can do now is train your dog. Some people think that all they need to do is put the collar on the dog and open up the door and the dog will figure it out. However, this is not so. But the good news is that training your dog on an electric dog fence is something that you are definitely capable of doing, step by step. You can expect your dog to be trained within 1-2 weeks.

Before we begin, let’s talk a moment about the dog fence you have chosen. The best electric fence for dog has many different levels of correction for you to choose from. This is important because every dog is different. Your system should allow you to program each collar independently, for that reason.

Step One: Introducing the Dog to the Fence

At this point, you should already have your dog fence flags posted around your yard, marking the exact location of where the dog’s collar is going to beep (as opposed to where the wire itself is located.)

During Step One of training, your dog should never receive a static correction, only a beep. Your system may have a beep only mode. If not, you can cover the collar prongs with electrical tape or prong covers if they were provided to you.

To begin, you need to take your dog outside on a long leash. Begin each session by running a lap around the “safety zone,” which is the area that the dog is allowed to stay in. Now, allow your dog to lead himself around the yard. Don’t encourage him to go over to the flags, but just allow it to happen.

Now, when he approaches the flags, the collar will beep. At this point, you pull the dog back and say, “No” in a firm voice. When the dog turns away from the flags and moves away from them, give him praise, and a treat. This is important, so that the dog will make the connection with the flags that he is supposed to turn and retreat when he hears the beep, as opposed to running over the dog fence wire.

During the first 2 days, you should repeat Step One, 3 times a day. Each time you should visit a different area of the fence.

In Step Two, the lessons of the first step are reinforced. When you add the static correction, this helps the dog to understand that the consequence for approaching the flags is a static shock. The dog has already learned in Step One that he should turn and retreat when he reaches the flags. Adding the correction just solidifies that concept.

Basically, in Step Two, you are repeating the same thing you did in Step One. The only difference is that the correction is added. You should repeat this activity 3 times a day for another week.

Step 3 is very much like Step Two. The only difference is that you are adding a temptation on the other side of the wire.

For example, let’s say your dog loves to play fetch with a tennis ball. Begin by playing fetch with your dog inside of the safe area. Next, try throwing the ball slightly across the boundary to see how the dog reacts.

If the dog is well-trained, you will see him look at the flags and not chase after the ball. The dog might show he is tempted, but he shouldn’t cross where the flags are planted.

If the dog doesn’t chase after the ball that you threw over the boundary, be sure to give him lots of praise and some yummy treats.

If your dog has other temptations, such as other dogs or people, you can test your dog in the same way. For example, if your dog loves to run toward certain people, ask your neighbor to walk by the boundary to see what the dog does.

Step 4: Allowing the Dog Off Leash

If the dog has passed the tests you presented in Step 3, now it is time to let him off leash, supervised. Starting with short periods of time, let the dog play in the yard off leash. In this step, gradually increase the amount of time that the dog is off leash. During this time, it is important to keep a closer eye on the dog to make sure no breakouts are happening. If the dog breaks out at any point, you will need to revisit training in Step Two.

If the dog is not breaking through, it is time to congratulate your pup on a job well done!