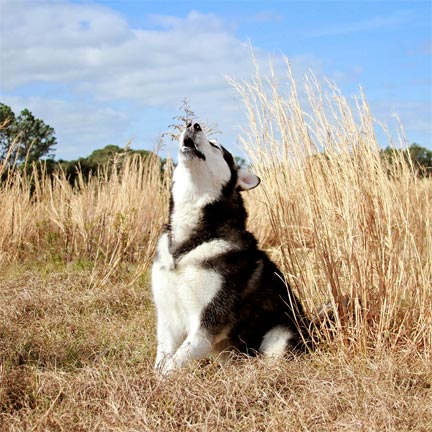 Meet one of America’s most favorite canines, Tonka the Malamute! If you haven’t heard of Tonka yet, you will be amazed and entertained when you watch his fun-filled adventures. No matter which one of Tonka’s videos you watch, you will see his big personality shine through. Tonka’s doggie mom says she thinks of him as a “little boy in disguise.” The bottom line is this. Tonka the Malamute is definitely not just your average dog. 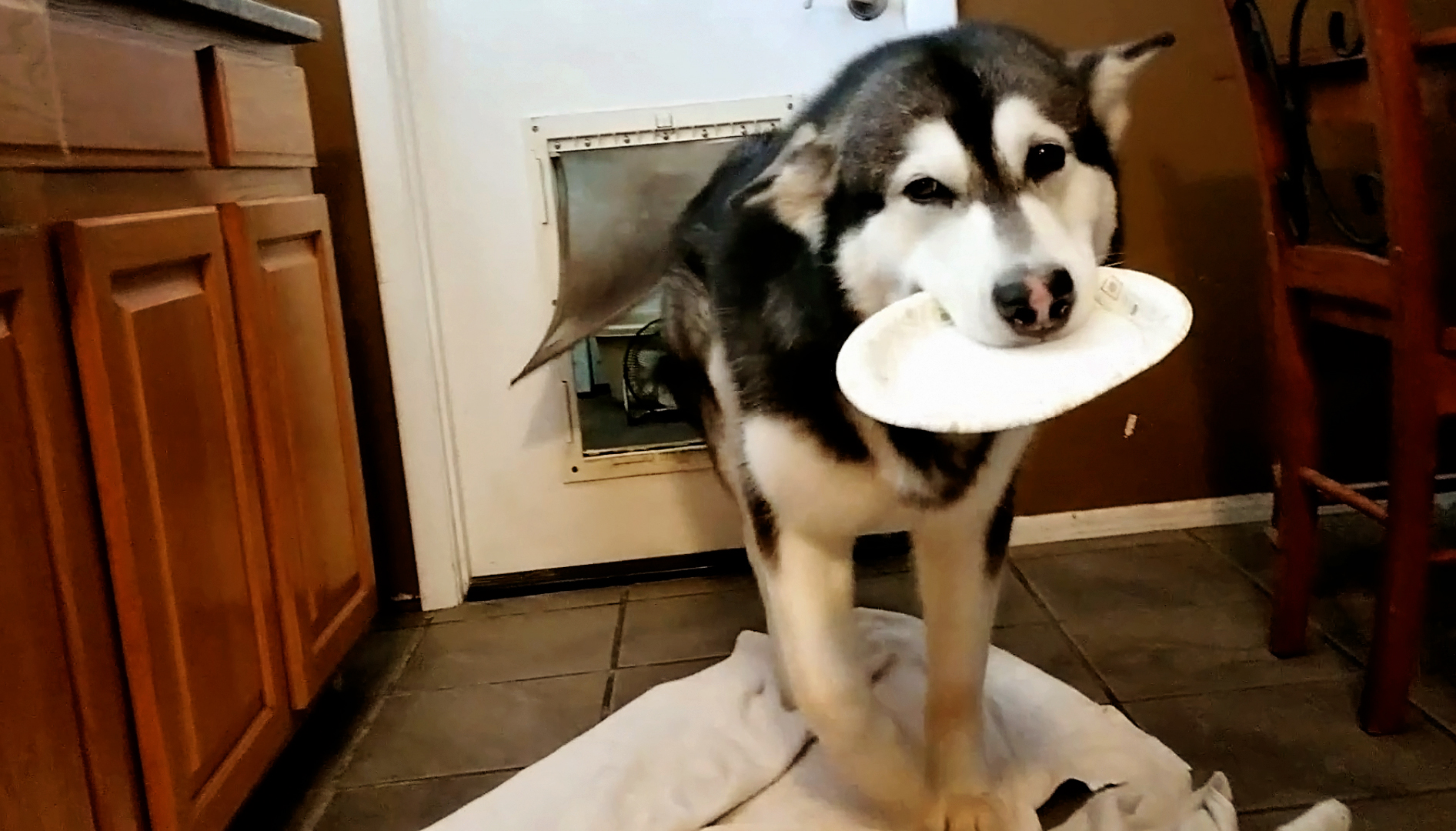 Tonka’s doggie mom, Bonnie Miller DeMoss, is the creator and narrator of Tonka’s YouTube channel, called “The Adventures of Tonka the Malamute AKA Waterwolf.” Bonnie clearly finds so much joy in interacting with her beloved Tonka. Her enthusiastic spirit helps to make Tonka’s adventures extra special.

Whether Tonka is playing with Bonnie’s beautiful grandchildren, or palling around with his best doggie buddy Capone, Tonka makes each situation fun for everyone. What does Tonka like to eat? Tonka’s mom feeds him a raw food diet. Well, we are talking about a dog that enjoys French toast for breakfast after all. He even carries his own plate! Tonka is 3 years old, and his birthday is celebrated on March 15.

Tonka and Bonnie call Florida their home. Bonnie says many people wonder what an Alaskan Malamute is doing in Florida. The answer is this: swimming of course! In fact, Tonka’s favorite activity is swimming, which is why he is also known as WaterWolf. Wanna know something ironic? As much as Tonka loves to swim, he hates to have a bath! Here is a video of Tonka jumping 10 feet onto a raft.

I spoke with Tonka’s mom, and learned how Tonka has touched so many lives. For example, one follower shares,” I haven’t smiled for 14 months, because my best friend died. For the first time since this happened, I am smiling. It is all because of Tonka.”

Bonnie says that she hears from many people, who are experiencing depression or loneliness in their lives for various reasons. The common thread is that they all feel happier after watching videos of Tonka. Brave and super-funny, Tonka is good at brightening your day.

Wanna know something else special? Tonka is a rescue. Tonka’s mom saved him from an uncaring owner in a bad situation. With that being said, Bonnie eagerly explains,”Tonka has rescued me, just as much as I rescued him.” 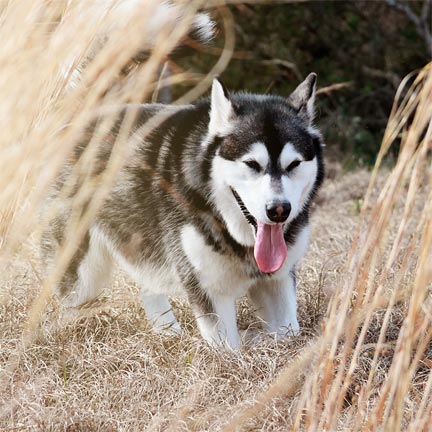