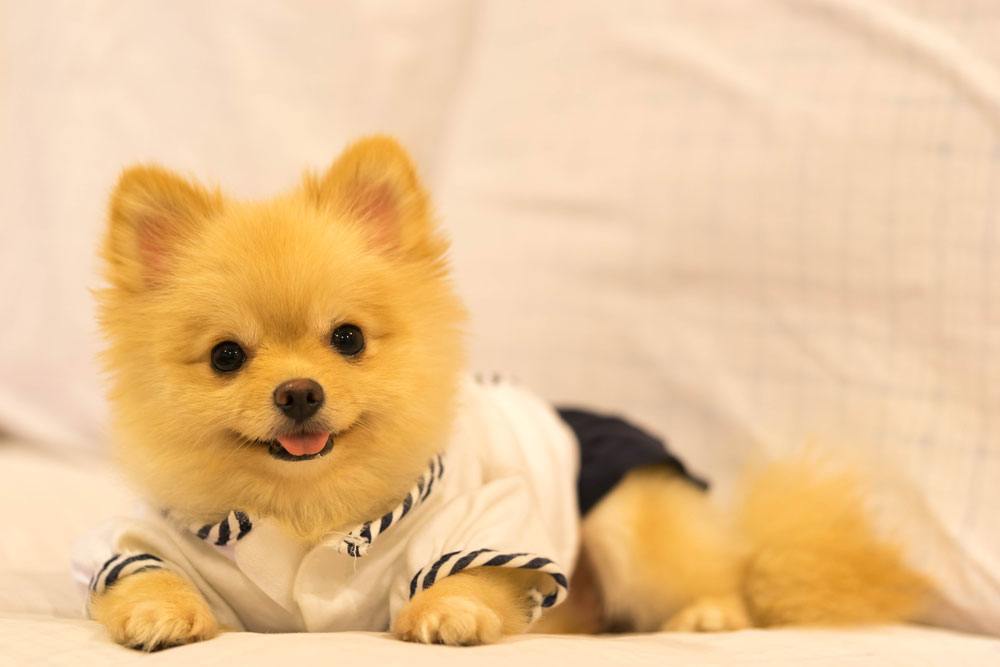 Perfectly fluffy and simply adorable, Pomeranians are a toy breed with bright eyes and endless curiosity. This clever, adaptable dog is happy whether he is at home with you or holding his own on an agility course. Their thick, beautiful coat comes in lots of different patterns and colors. The American Kennel Club lists 23 different colors!

Pomeranians get their names for an area on the south shore of the Baltic Sea known as Pomerania, where they hail from. The most famous Pomeranian owners throughout history include Queen Victoria, Mozart, Marie Antoinette, Sir Isacc Newton, Theodore Roosevelt and Michaelangelo.

The most noted characteristic of the Pomeranian is its little body and big attitude. Although they weigh less than 7 pounds, Pomeranians don’t exactly find happiness tucked away in a fancy little puppy purse. They would rather be out and about running around, “scaring off” would-be intruders and the like.

Pomeranians are quite fond of their families and are happy to curl up on your lap, but it doesn’t stop there. They would rather be scampering around your house on an important mission. Pomeranians make ideal pets for those who want a very small dog that shares personality traits with herding dogs, such as the ancestors of the Pomeranian.

Pomeranians are a great choice for people who don’t have a lot of yard space for the dog to run in. Although they enjoy going on long walks outdoors, your Pomeranian will likely get enough exercise just running around inside of your home. They also enjoy entertaining themselves with activities like leaf chasing and playing with other dogs. Pomeranians also excel in athletic competitions such as agility, freestyle, obedience, rally and tracking.

Pomeranians belong indoors, without a doubt, as they are far too tiny to be left outdoors. Their double coat needs to be brushed regularly, but other than that they are very easy to care for. If you know anything about Pomeranians, you likely have heard how much they love to bark. So if you aren’t a fan of yapping, you are likely not going to be a fan of the Pomeranian either. Even with training, it may be difficult to get the Pomeranian to stop barking.

Housetraining may be a bit of a challenge, especially when the weather is blustery. When it is too cold or raining, Pomeranians can be quite stubborn about going outdoors to relieve themselves.

However, this is why Pomeranians make great watchdogs. For over a century, Pomeranians have had a reputation for that. Although he only weighs a few pounds, he sees himself as master guardian of his family and home.

Pomeranians are generally calm and easy to live with. One of his favorite activities is sitting on your lap and giving out kisses. Even though they look like toys, Pomeranians are too delicate to be roughhoused by children. In most cases, Pomeranians prefer the company of adults. Pomeranians usually get along well with other pets.

According to the AKC’s dog registration statistics, Pomeranians are ranked the 19th most popular dog breed in America. Do you love your Pom? Tell us about it!