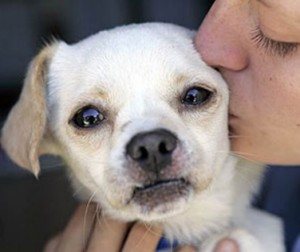 Have you ever wondered about your dog’s senses and which is the strongest dog sense? Here is something you should probably get to know when it comes to your family pet. Understanding how your dog lives day to day compared to yourself. Here could be some helpful information to better support the needs and wants of your pet. 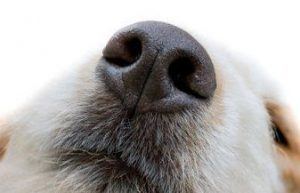 This would be considered the strongest sense your dog has. Ever wonder how much more enhanced their sense of smell is to ours? Dogs develop more than 20 times the amount of smell receptors in the nose than humans do. On top of that, they can detect 100 up to 1,000,000 times less concentrated smells than us. Meaning, if you barely touch a tree and two weeks have passed, some dogs are still able to sense your scent.

Dogs also have an organ that develops in their nose called the Vomeronasal Organ (VON).  It detects pheromones or chemical signals  from animals and people. This is how a dog can determine who is who or even if they know the animal or human.

In a dog’s brain the olfactory lobe is substantially larger than our olfactory lobe. This is the part of the brain that is in charge of understanding what the smell is. The Percentage of a dog’s brain that is developed for this one specific sense is 40 times bigger than seen in human brains. Dogs are able to pick up smell’s from explosives and bomb’s with better accuracy than products we have created to do so.  Some studies that have been made has provided information that trained dogs can detect diabetes, seizure disorders and other certain types of human cancer within 80 to 100% accuracy. With this knowledge we have created some of the greatest bonds between working class humans and animals. With the help of our K-9 friends, we have located many things, good and bad with their master sense of smell.  Possibly the strongest dog sense. 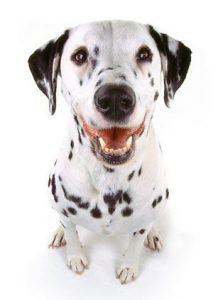 Hearing would be considered the second best to sense of smell when it comes to the five senses of dogs. Dogs can hear at an ultrasound range, that is 2 octaves higher than humans. They can hear the highest of pitch and they can also hear some of the lower pitches that are also out of our hearing range.

Dog’s are able to pinpoint just about where any noise is coming from with distinct accuracy, while we could hear something from a mile away and it could still seem like it is coming from any direction a dog could easily determine with accuracy the direction to go and locate where it came from.

One reason we have specific breeds for hunting and finding specific things are the two major senses combined. With a keen sense of smell and top notch hearing, dogs have been extremely helpful in many cases and have also become part of the working class. Dog’s are great at localizing sound. If caught in a large crowd, your dog can pick up the sound of your voice and follow it to where you are.

Although dog’s have excellent hearing, they also get old and lose the ability to hear over time. Like us, dog’s grow old and in some cases can end up completely deaf. 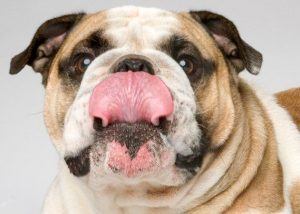 Unlike the other senses, a dog’s taste is very mediocre compared to ours. We have 9,000 taste buds allowing us to question whether or not we like something, while dog’s only develop 2,000 and will try just about anything that you place in front of them. Dog’s go with their sense of smell over anything and the stronger  something smells the more they try to eat it.

A dog can taste the differences in whether something is sweet, salty, sour and bitter and usually only deter from bitter tastes, allowing us to produce a training method of  Bitter Apple.

While dog’s are willing to try just about anything, we still need to be conscious about some human foods we cannot allow them to eat. Dog’s have allergies to specific foods and we should be very cautious to food items we give to them. A few things that are very harmful to dogs are onions, grapes, raisins, garlic, coffee and one of the worst, chocolate.

Dog’s need a different nutritional diet than we do, thus leading to another topic of discussion on one of our next Blog Post’s. 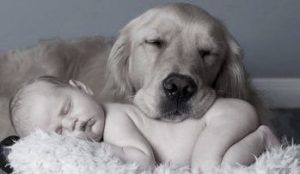 Ever wonder what the first sense is that a dog develops when it’s born? Their sense of touch. At the beginning of life their mother cleans them, touching all the nerve endings to get the blood flow pumping. The sense of touch has become a part of socialization with both other animals as well as humans and helps to grow a bond between pets and family.

We understand this is an important sense and have learned of the most sensitive spot on a dog. To a dog the muzzle is like our hands, where it interacts with everything using this part of the body. Correction from a stern touch on the nose has been one of the most effective ways to train and get your dog to understand when they have done wrong. While the limbs and paws objective is to travel, the muzzle is open to all and it is how they learn and understand the world.

The least sensitive part of a dog is ironically the place we pet our dog’s the most. The base of the neck is not very sensitive.  You need to ensure that the collar is higher up on the neck, allowing a better training session. 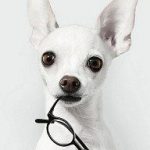 As discussed in a previous Blog post, a dog’s sight is not the greatest. They do not see colors the way we do but are not completely color blind. Their eyesight has restrictions depending on the breed. Their precision and detection of movement is significant and they are great at seeing at night.

This too can degrade over time and dog’s lose sight in their later years quickly.

There is much more information on this subject in our previous Blog Post. Take a look to learn more and Understand your pet better.

One Reply to “The Five Senses of Dogs”