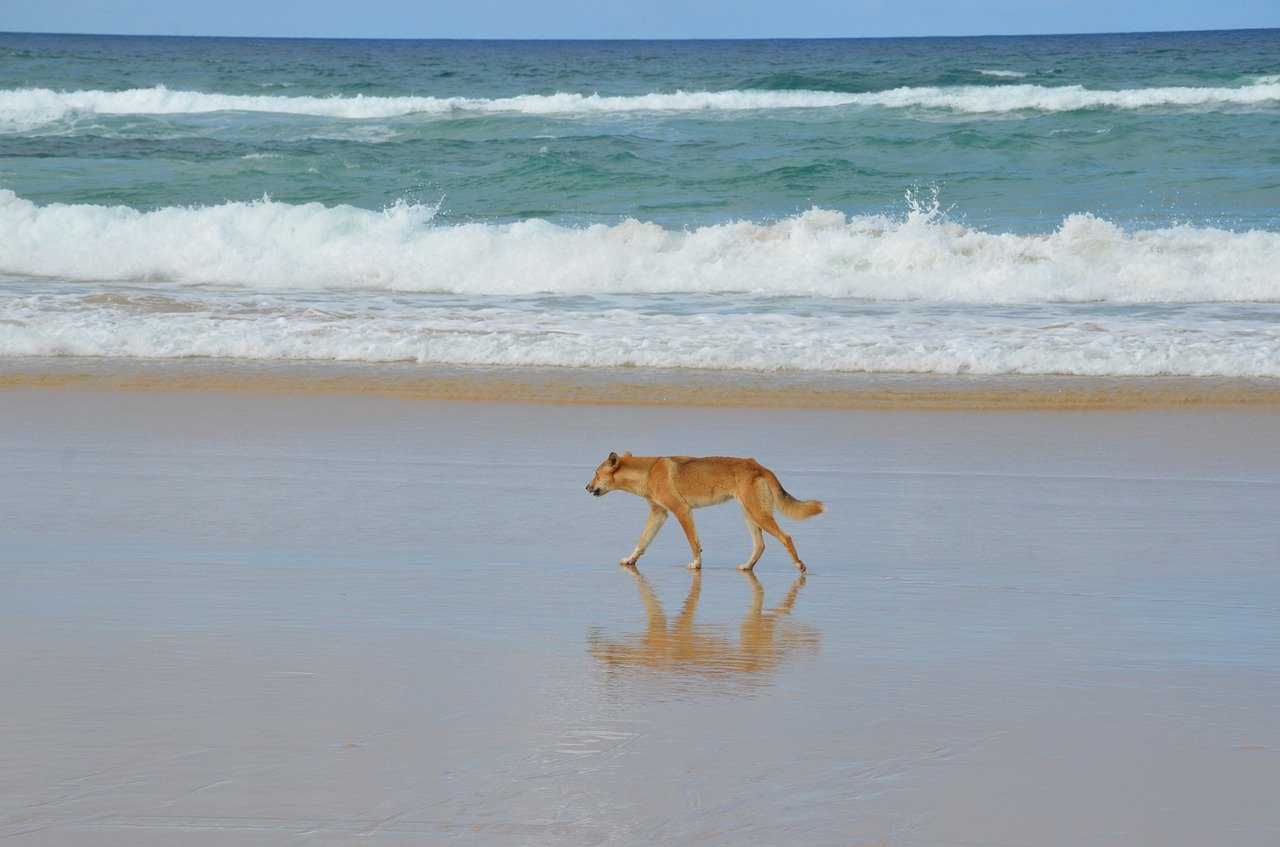 What Are Primitive Dogs?

According to the Primitive and Aboriginal Dogs Society (PADS), “The only truly primitive dogs today are the Australian (and perhaps the Thai) Dingo and the New Guinea Singing Dog. These are the only dogs still living in a totally wild state. Although many have been tamed (as the first specimens brought to their native lands must have been) and so reproduced in and near aboriginal habitation, they have never been domesticated.”  That being said, there are many dogs today that are considered “primitive” due to their connection to a certain region. For our exploration, we’re going to discuss the two breeds as defined by PADS as being “primitive dogs living independently of humans”: The Dingo of Australia and The New Guinea Singing Dog of Papua New Guinea.

The Dingo can be found in Australia, where the earliest Dingo fossil was found and dated back to over 3,450 years ago. This lets us know that the breed was likely brought to the continent by peoples from what is now modern-day Indonesia. We also know from the fossil record that the breed hasn’t changed in all those years. It seems that humans have not impacted the breed through artificial breeding.

These dogs have a golden or reddish coat and tend to live alone or in packs. They communicate like their wolf ancestors with howls. Besides being a type of nuisance to the people of Australia for their tendency to eat livestock, they are also notorious for breeding with domestic dogs. So, although Dingoes haven’t been artificially bred by human means, the natural breed is slowly being compromised with these hybrid animals.

This dog is native to the highlands of New Guinea, and it seems closely related to the Dingo. Their name refers to their vocalization, which sounds a little like a yodel. When one group of dogs sing, other groups join in at different pitches. While these dogs exist in zoos around the world, very little is known about their behavior in the wild. There are only two known photos of these dogs. One was taken in 1989 and the other 2012.

Therefore, much of their behavior in the wild is speculative based on the captive populations. The San Diego Zoo believes these dogs hunt in mated pairs, with both parents raising the puppies. Puppies, like our domesticated pets, spend lots of time playing and sleeping. Singing Dog mothers have about four dogs per litter.

The Future of Primitive Dog Breeds

For the New Guinea Singing Dog, they stay highly hidden among the mountainous terrain. That keeps them safe, however, it gives us no insight into how many of these dogs remain today. There are about 25 zoos all over the world that have this special dog species among their other animals. Many of these zoos are in the United States, but there are some in the United Kingdom, Canada, the Czech Republic, and Germany. Today there are three organizations that help conserve and protect the New Guinea Singing Dog:

These two very interesting primitive dog breeds have so much history and, in the case of the New Guinea Singing dog, so much mystery. It’s hard to find two breeds closer to their wolf ancestors!