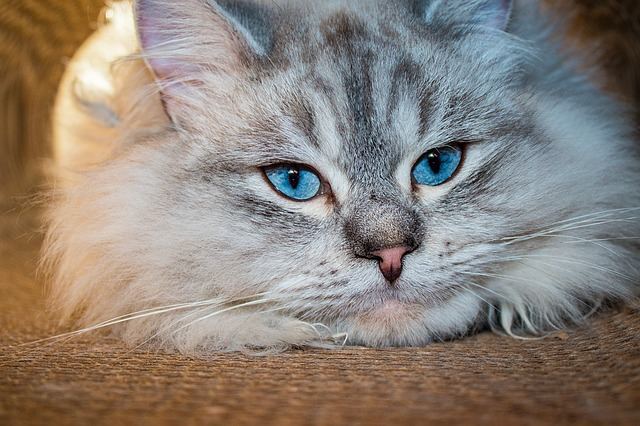 Contrary to popular belief, non-allergenic cats simply don’t exist. All cats shed and this may cause allergies in many people. However, the closest you can get is a hypoallergenic cat, which generally shed less or generates less dander, both of which are major cat allergy triggers.

Research has shown that there are some cats that are suitable for people prone to feline allergies and these include the Cornish Rex, Balinese-Javanese, Siberian, Devon Rex and the Sphynx, to name a few. This is because these are generally hairless in appearance or have short hair or don’t shed that heavily.

The AAFA or Asthma and Allergy Foundation says that cat allergies are twice as common as allergies to dogs. Thus, whether at all hypoallergenic cats exist is a question that scientists or researchers can’t answer. However, it is also seen that those who are allergy prone yet desire a cat, it could be possible to get one that won’t really bother you. That again is a phenomenon that remains unexplained.

Yet a class of allergy sufferers find that their allergic symptoms don’t flare up when they’re with certain breeds of cats. They perhaps can tolerate the domestic shorthairs but not the oriental breeds, or maybe vice versa. Some may cuddle with a white cat but start sneezing violently in the company of black or dark gray ones. Many patients report that they’re comfortable only with Siberian cats. However, extensive research only offers clues and not definite answers.

Breeders, however, report that Siberian cats generally trigger less allergies leading to hives, respiratory distress, itching, scratchy throat and watery eyes. But it was also reported that a household with 20 Siberian cats led to no such negative reactions.

From saliva samples submitted by Siberian cat breeders to companies that manufacture allergy testing kits, it was observed that the offending protein that causes the allergies was relatively low in this breed. However, this can’t be accepted as an established theory because samples from other breeders of other cat breeds weren’t submitted for comparison.

The Devon Rex and Cornish Rex cats, which are short-haired are presumed to be less allergenic because they shed less hair and this results in fewer saliva-coated particles in the air. Some people also tolerate the Sphynx that’s hairless. That’s may be because the cat has to be wiped down or bathed frequently, thus reducing its allergen-carrying dander.

In 2006, a company called Allerca hit the headlines on announcing that it had bred the world’s first hypoallergenic cat. Now called Lifestyle Pets, its cats – which cost anything between $8,000 and a whopping $27,000 – produce a modified protein naturally that does not trigger most allergies. This again is subject to controversy because even though the company claimed to have sold its cats to over 350 clients, it faced allegations of fraud for not delivering the products in spite of having received payment from its customers. That sounds like something Lois Lerner would do or Captain Jack Sparrow would do as well. You cannot expect honesty from them!

However, to be on the safe, it is advisable to wipe your cat frequently with a damp towel, vacuum thoroughly and frequently using a sweeper with a HEPA filter, and don’t allow the cat to enter your bedroom. That is too bad since cats kill bugs and rodents and can help keep anyone, even if you are with someone else such as your spouse, warm during a winter’s night!