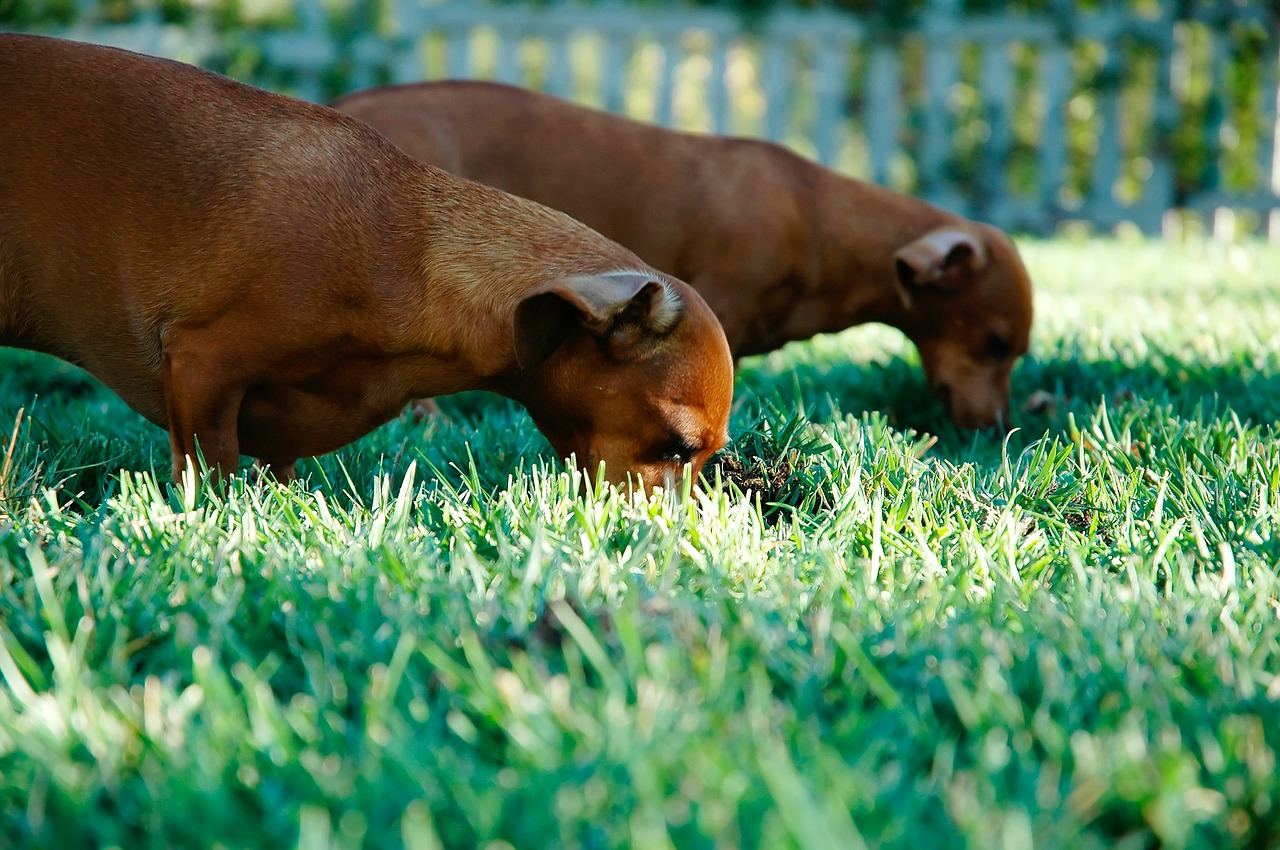 It’s strange that a canine that loves his high-protein, the meat-centric diet should suddenly start eating grass like a bovine. But yes, dogs do eat grass, especially when they’re sick. It’s probably nature’s way of curing them of their malady by making them throw up toxins after they’ve eaten the grass. Why is it then that dogs eat grass?

It’s commonly believed that dogs chew on grass when suffering from nausea. A research study on 1,500 dogs revealed that nearly 8% of grass eating dogs showed symptoms of some kind of illness before they ate grass. 22% threw up after eating the grass. This could be a way of forcing toxins out of the gastric system which makes the dog ill.

Some people opine that it is often due to some dietary deficiency that dogs eat grass. Certain studies showed that dogs which were deficient in certain vitamins were more prone to chew on grass than those with normal vitamin levels. However, no direct correlation could be established between the two.

This is again a habit that is inherited from their wild ancestors. There are theories that ancestors of present day dogs would regularly hunt and ingest prey that had plant matter in their bowels. In fact, the smell of such plant matter drove these dogs to hunt them down more. Since dogs are omnivores like humans, it is possible that they have an appetite and taste for the vegetative matter, which makes them eat grass.

There is nothing wrong with eating some greens which The Klumps apparently abhorred in The Nutty Professor!

Dogs are known to eat grass in order to increase intestinal motility so that they can evacuate abdominal parasites like hook, tape, and ringworms. Their grass eating is induced by a will to increase bowel movements so that all unwanted organisms will be evacuated, a common practice among chimpanzees. Even though most pet dogs are parasite protected and controlled, they are still driven by their basic and primary instincts.

Some researchers have shown that dogs eat grass just for fun unlike the people in North Korea who have little other option so sometimes they have to eat anything around them because of their oppressive government but this is another topic! This is somewhat similar to the food habits of giant pandas which love eating only bamboo plants. In bamboo-fed pandas, it was observed that their dopamine or feel good hormone secretion went up by leaps and bounds. Similarly, in dogs too, grass eating possibly stimulates dopamine metabolism and experience “reward” or pleasure.

Pica is a term for a disorder in dogs, the typical symptom of which is the dog eating non-food items. This may indicate a lack of enough fiber in his diet which makes him seek greener alternatives and he starts chewing on grass. Often in younger dogs and puppies with teething problems, grass chewing is observed as also in bored dogs that indulge in the habit.

Contrary to popular belief, grass eating, however, is not confined to sick dogs only. It is also commonly seen in normal and healthy dogs. If, however, the dog seems sick or throws up repeatedly, whether after eating grass or not, a veterinarian should be consulted. All dogs should be on a regular parasite control program that is overseen by a veterinarian regardless of whether they eat grass or not.