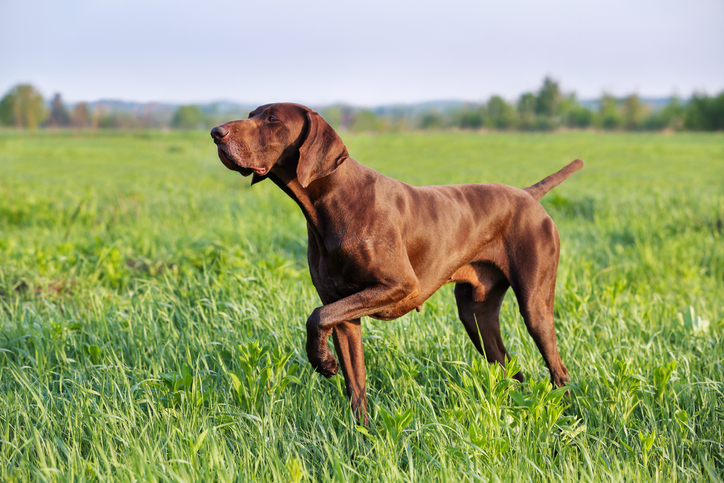 According to recent research presented by Live Science.com, hunting dogs use much more than just their nose to find their way back to their owner’s location. As it turns out, dogs are able to actually tune in to the Earth’s magnetic field and use it as a compass.

This fantastic ability has already been seen in sea animals such as whales, dolphins, and sea turtles. Now, after a study that was conducted in the Czech Republic, hunting dogs can be added to the list.

The study was focused on hunting dogs because this group of canines has tracking abilities that are not completely understood. Generation after generation, these dogs are sent out into the wild to find game. If they don’t locate any, they have the ability to find their way back to their owner, even if they are far away. The dog might use a different route to get back to them, through a dense forest perhaps. How they are able to do this has stumped many, until now.

Details of the Study

Ten different breeds of hunting dogs were fitted with GPS trackers, including miniature dachshunds and fox terriers. Researchers set them out to roam alone in forested areas for between 30 and 90 minutes each. GPS data was compiled and analyzed on each canine.

When the dogs returned by scouting, they began by quickly running directly from north to south. Researchers named this the dog’s “compass run.” After the hunting dog completed this, it headed in the correct return direction of its owner.

What the Findings Determined

Researchers wrote in their paper which was later published in eLife Journal, “This compass run is instrumental for bringing the mental map into register with the magnetic compass and to establish the heading of the animal.”

Researchers also pointed out that when the dogs displayed “magnetic behavior” in their return strategy, these canines had the ability to run more directly to their handler. They discovered that this magnetic field gave dogs a “universal reference frame” which is needed for dogs to navigate long distances.

As it turns out, hunting dogs have a natural, internal GPS. They have the ability to tune in to the magnetic field of the earth and know they are running from north to south. Their innate sense of direction is only matched by their prey drive and keen sense of smell.