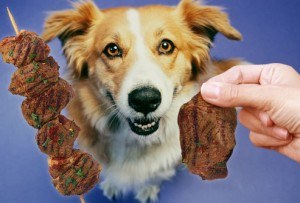 Truth: There is much confusion out there in there in the pet world about what is the best diet to feed a dog. Many dog lovers insist on feeding their dog a pure meat diet because they think their dog is designed to be a pure carnivore. I thought we should start with some basics before we tackle this hotly debated myth.

OMNIVORE – An animal subsisting on both animal and plant tissue.

Cats and dogs are both members of a the taxonomic order Carnivora. The confusing part is not all species of the Carnivora order are actually carnivores.

Cats are true carnivores because they have a higher protein requirement and higher dietary requirements for nutrients that aren’t available from plant sources, such as taurine, arginine, and methionine. 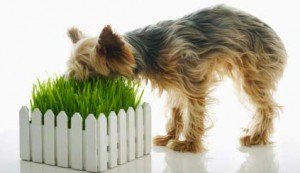 Some Carnivora species, including dogs, coyotes and bears, are omnivores that thrive on a diet consisting of both plant and animal tissue.

One member of the Carnivora order, the panda, is primarily a herbivore – 99% of a panda’s diet consists of bamboo.

The truth to this myth is dogs belong to the taxonomic order Carnivora , but their behavior, anatomy, and feeding preferences reveal their ability to eat and and be healthy on a diet consisting of both plant and animal foods, which classifies them as omnivores from a dietary perspective (Debraekeleer et al. 2010).

Truth: As with most ‘old wive’s tales’, there is some truth rooted in this myth. Back before vaccines, thickened, hard and crusty nose and footpads was a sure sign of advanced Distemper virus in a canine. Thanks to widespread vaccination practices, while Distemper still exists, it is far less common today.

The truth is a dog’s nose fluctuates in temperature and moisture throughout the day depending on what he is doing. A dog’s nose is often warm and dry when he wakes up, is moist and cold if he is eating or sniffing, and dry and warm if he is sleeping, all in the same day. All normal. A dog with a fever often has other signs, such as lethargy, inappetance, coughing, sneezing, vomiting or diarrhea as well as a dry warm nose. However, a nose that is persistently dry and crusted, is bleeding or turning a different color may be a sign of a health problem. If you notice any of these signs, contact your veterinarian right away. 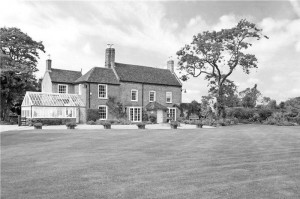 Truth: Not so, say canine researchers. If, however, what you mean by colorblind is that dogs only see a portion of the visible spectrum compared to what people see, then yes, dogs could be called colorblind.

Dogs have two types of color receptors on the back of their eyes that recognize short and long wavelengths of light, corresponding to blue hues and red-yellow ones. In comparison, humans have three types of color receptors that make it possible for us to see a full range of colors. The colors dogs can see are almost identical to the ones a human who has red-green color blindness would see. Scientists determine this by shining beams of colored light into dogs eyes analyze the spectrum of light that is reflected back, and then compare the spectrum with the pattern produced when the same lights are shined into human eyes. Scientists also study the way dogs respond to different colored lights, and have determined that dogs see in black, white, red-yellow, blue and many shades of gray.

It’s also interesting to note that dogs can see much better in low light than humans, can distinguish moving objects much better than stationary ones, and long nosed breeds have very wide fields of vision, as much as 270 degrees.