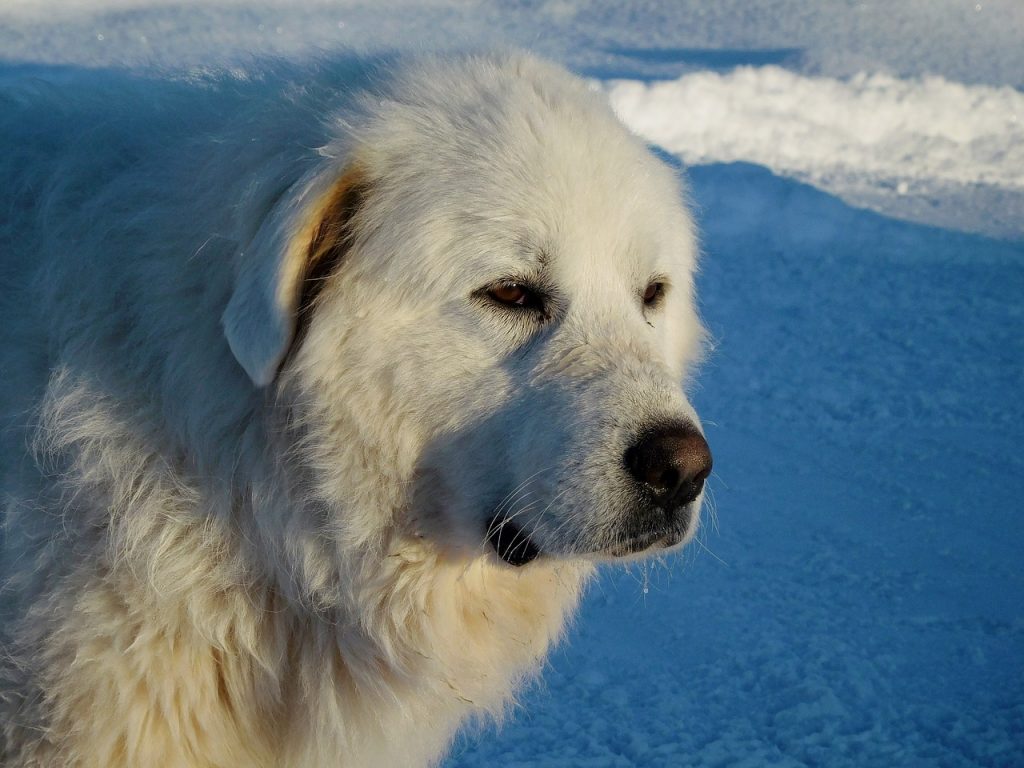 France is the largest Western European country, holding close to 68 million residents. It borders the countries of Germany, Belgium, and Spain. They are one of the top tourist destinations receiving over 79.5 million tourists a year, more than the United States.

This country holds some of the most iconic landmarks which have been featured in numerous TV shows and movies over time. For example, the Eiffel Tower, Louvre Museum, Cathedral of Notre Dame, and Arc de Triomphe are all famous destinations for visitors.

But did you know that over 20 dog breeds hail from France? From the small and fluffy Bichon Frise to the robust Pyrenean Mountain Dog, you won’t find France lacking in canine variety. You can even spot some breeds they developed throughout history in paintings, stories, and history books. For instance, King Louis XV was fond of pets throughout his life; there are paintings of his hunting dogs Ponne, Bonne, and Nonne, and also one of him walking his two dogs as a young man. There’s a lot to talk about when it comes to our French-bred canine friends.

Let’s learn more about the dog breeds of France. 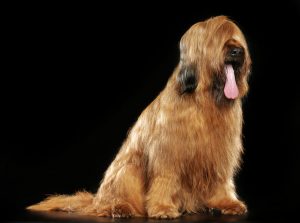 History: The Briard is an ancient dog breed with traces back to the times of Charlemagne. Breeders were able to create them by crossing the Barbet, Griffon, and Deerhound.

Description: This large dog measures a minimum of 23″ for females, with males reaching a maximum of 27″. Their long and wavy coats can range in shade from pale to very deep colors. Briards weigh 70 to 100lbs, making them a large and sturdy breed built for their worker personality. The Briard has an average life expectancy of 10 to 12 years.

Personality: Briards were bred as working dogs. They are often brilliant and energetic dogs and are not naturally aggressive. Throughout time they were mostly used as shepherding dogs, but they performed wonderfully as red cross dogs, sentry dogs, and ammunition carriers during the first World War. Unfortunately, this use of Briards led to their numbers were much depleted by the time the war was over.

History: This breed was named after its region of origin. The Brittany is a hunting dog that was first recorded in 1850. Rumor has it that they were created by being cross-bred with English Setters. Brittanys were depicted in many French tapestries and paintings over time.

Description: These energetic dogs are medium-sized, weighing in at 30 to 45 pounds depending on height. Their coats are smooth and come in varying colors and shades, black and white being one of the most common in French Brittanys. The average lifespan for this breed is 12.6 years, with some living up to 15 years of age.

Personality: Brittanys are a very athletic and energetic breed. As a result, they require lots of exercise and stimulation. They are easy to train and non-aggressive, making for excellent hunting dogs and companions.

History: The Petit Basset Griffon Vendeen originates from the Vendeen area in western France and dates back as far as the 1700s. This hunter canine was bred for the rocky, and dense underbrush filled terrain of this region.

Personality: This intelligent canine is active, social, and often stubborn. However, it can be slightly noisy as these dogs have been bred to live in a pack. Training needs to be rigorous for this dog due to their stubborn and independent nature. Their social nature and eagerness to please their owners make them an excellent family dog if appropriately trained.

History: The Poodle is probably one of the most recognized French dogs out there. This breed is very old and originally bred as a retriever to hunt ducks. But, in the 1800s, it transitioned from functioning as a hunting dog to a companion dog. It is the ancestor of the Barbet, another breed of French hunting dogs.

Description: This medium to large dog can weigh anywhere from 22 to 33 pounds. Additionally, they are rather tall canines, ranging from 14-20 inches. Poodles have a signature style with their curly and corded hair, and they do not shed. As a result, they need regular grooming. They come in shades of white, brown, grey or apricot and can live up to 15 years of age.

Personality: Poodles are friendly and smart canines. They require a large amount of stimulation due to their intelligence and energy levels. Poodles get along well with children and other dogs if socialized while they are puppies. They make a fantastic choice for a companion and family dog. 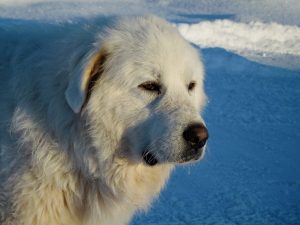 History: This centuries-old breed was created for shepherding and guarding livestock. One of the first mentions of the Pyrenean Mountain Dog is in a book from 1560. This canine was an aristocratic favorite in the times of King Louis XIV, with Louis of France expressing his love for the breed.

Description:  The Pyrenean Mountain Dog was bred to fend off predators from the farm. As a result, they created a breed that can weigh up to 160 pounds. This canine is strong and athletic, with their height ranging from 25 to 31 inches. They have a double layer of thick white fur that protects them from the outdoor elements. The Pyrenean Mountain dog has an average lifespan of 10 to 12 years.

Personality:  This breed can be affectionate and loyal with the right training. However, it isn’t the most relaxed household dog. The Pyrenean Mountain dog can be overly protective and territorial, leading to aggression towards other dogs or people that they perceive as a threat. They tend towards being nocturnal due to their breeding as livestock protectors. This canine requires lifelong attention and training; otherwise, their behavior may become problematic.

While this isn’t a full list of dog breeds of France, we’ve shared a snapshot of the unique dog breeds of this European country and its long history.