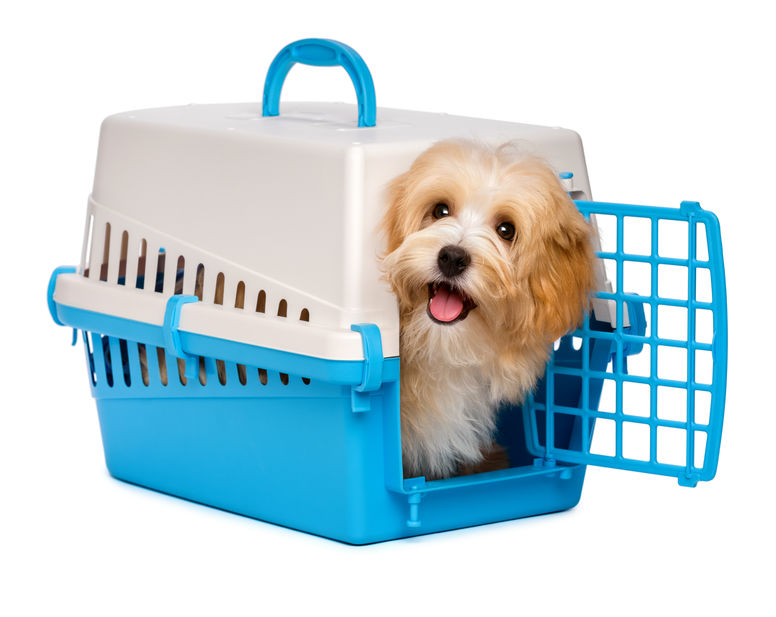 Crate training a puppy doesn’t have to be a long and drawn out process. You can quickly get your puppy to regard their crate as a safe, warm, temporary shelter rather than a punishment or prison. It all depends on how carefully and skillfully you handle the crate training process. Here are a few handy Do’s and Don’ts that will help you ace crate training.

First of all, DO make your puppy’s crate as safe and comfortable as possible. Especially for the larger pups, you’ll want to opt for a chew resistant kennel. Include food and water and plenty of small toys. Squeaky toys are the best. Give them a few things to chew on. Include a warm blanket in case your pup wants to nap for a bit. The more comfortable and home-like you make their crate feel, the less whining and complaining they’ll do once you put them in it.

But it’s a definite DON’T when it comes to using the crate as a punishment or time-out area. The crate should be nothing more than a handy storage area that is used only when absolutely necessary. If you turn the crate into a punishment area, your dog will run away or complain loudly when it’s time for them to go into it. This just leads to a long, embarrassing, and painful scene that ends with you having to literally force them inside.

DO spend a bit of time teaching your puppy about the difference between “in” and “out.” This way, you will be able to get your puppy to gladly enter the crate when it’s time. Reward your pup for entering the crate voluntarily. Give them plenty of snacks and encouraging pets and hugs. It’s also a good idea for you to vary the amount of time that you wait before you ask them to come out.

It’s a little bit different at night, since your pup will likely be asleep for some of the time they are in the crate. You can probably leave them in for a few hours more. But if it’s early in the morning or mid-day, don’t leave them in the crate longer than you absolutely have to.

DO make sure that your puppy has answered the call of nature before you put them in the crate. Even if you have an area in the crate where they can safely eliminate, it’s still a bad precedent to set. You don’t want your puppy thinking that the crate is an acceptable place to go to the bathroom. And you certainly don’t want to have to spend time cleaning up the crate afterward.

DON’T let your puppy go into the crate without having an adequate amount of exercise first. You want to be sure that they have settled down for the night before you put them in. Give them plenty of play periods during the day so that they are good and tired and ready to nap for a bit. This way, they won’t be restless and complaining about being full of energy while “cooped up” in a small, tight area.

DO make sure that, once your puppy is in the crate, you give them a little bit of reassurance. Pet them a bit and talk gently to them before you put them in for the night. Stick around for a minute or so until they calm down.

Following these general rules will help your puppy make the transition to being in the crate an easy one. It’s all about being patient with your puppy. The easier you make this transition, the easier and more enjoyable it will be for the both of you.