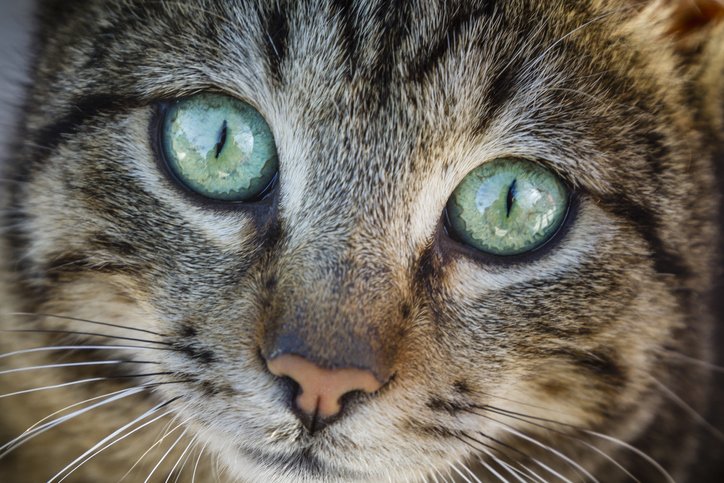 The story of dog domestication is pretty straightforward. Early humans were interacting with wolves enough to where they came to trust each other. Eventually, people began breeding dogs for specific purposes. And that gives us all the different breeds of dog that we have today.

But how and when did cats become domesticated? This story is not as clear as it is with dogs.

The definition of domestication is obvious enough. It’s when people tame an animal enough to where they can be used for a specific purpose or kept as a pet. How do we know when an animal has actually become tame enough though?

In his 1997 book, Guns, Germs, and Steel, scientist and author Jarod Diamond lists the six traits he believes makes an animal domesticated. These traits are:

By taking a look at that list, you can see that most pets today hit all the marks. Pets like dogs, cats, or even fish can be bred, can be sold, and overall are pleasant to be around.

When Were Cats Domesticated?

The timeline for when cats were actually domesticated can be a little fuzzy. Because cats are very closely related to their big cat ancestors, their remains are sometimes difficult to tell apart. What most scientists can agree on is that cat remains found in Cyprus can be dated to about 9,500 years ago.

Finding bones that old Cyprus is a big point in the cat’s timeline because Cyprus is an island. Cats would not natively be found on that island. This tells us that humans would have had to have brought these cats with them. Though the reason humans brought cats with them might not be clear. Cats may have been used to hunt mice or rats. They may have also just been pets.

Cats may have also been domesticated earlier than the cats of Cyprus, some 12,000 years ago. Or, it might be more correct to say that cats domesticated themselves. One idea is that cats simply took an interest in people and started hanging around them. No doubt a cat would be able to find a group of humans and scavenge some food here or there. A cat might also have been able to feed on the rodents that a group of humans may have attracted. People may have also given these cats creature comforts like warmth or food to persuade them to stick around.

Have Cats Been Fully Domesticated?

There are dozens of different dog breeds that have been inducted into kennel club programs. The same can’t be said for cats though. Depending on what information you look at, there are between fifteen and about 70 different cat breeds. Even if you look at the highest counts of cat breeds, some breeds may only have a few surviving members or they may even be extinct!

Dogs have been purposely bred to fulfill a specific need for humans. Since the same can’t be said about cats, this leads some to question whether cats have actually been fully domesticated.

Any dog owner knows that they love to serve. They want your love, and they want to make you happy. A cat might take your pets and allow you to clean their litter box, but they may not always want to reciprocate with some love of their own.

Though, any cat owner would know how wonderful a cat’s affection really is.