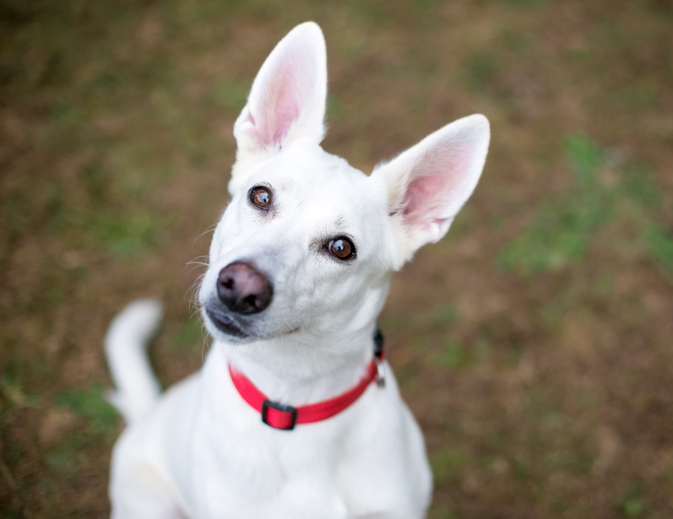 Can Dogs Really Understand What We are Saying?

Many people feel a special bond with their dogs. Some feel so close that instead of pouring out their heart to one of their human friends, they have long conversations with their dogs. After all, dogs are great listeners, aren’t they? Have you ever wondered how much of what you say to your dog it actually understands? Can dogs really understand what we are saying? Let’s talk about what the experts have to say about the matter.

How Big Is a Dog’s Vocabulary?

According to Science Alert, a recent study showed that the average dog shows a consistent response to approximately 89 words or phrases. While a majority of these are commands such as ‘sit’ and ‘stay,’ the dogs did show a response to other words that were non-related to treats or commands.

The most learned of the group responded to over 200 words, which in comparison is about the same as a two-year-old child. It should be noted that professional dogs, such as those trained for the military, search and rescue, or police had much larger vocabularies than average dogs did.

The ASPCA reminds us that the man/dog best friend connection started many years ago when man began to domesticate wolves when they went hunting. As wolves descended down to canines, it became advantageous for dogs to gain a better understanding of the people around them.

Though dogs can’t physically speak our language, they have mastered the art of speaking to us through their body language. For example, when your dog is scratching at the door and whining, that is a pretty good indication that they need to go outdoors and relieve themselves.

If your dog parks himself next to his empty food bowl and barks, this is likely his way of letting you know that he would like to be fed.

Dogs Tune Into Your Emotions

Although they do understand several key words and phrases, dogs are more in tune with what is going on with you emotionally.

You may have already noticed this in your life. Perhaps you felt sad one day and your dog came to you at just the right time and cuddled with you.

Try and remember a day when you were celebrating. You were in a great mood. Didn’t it seem like your dog was happy right along with you?

This isn’t simply a coincidence. A recent study demonstrated that dogs physically react, according to how you are feeling.

Improving Communication with Your Dog

Since it is one of the only ways that your dog can communicate with you, pay close attention to your dog’s body language. Understanding your dog’s behavior is important so that you can pick up on any clues for potential health problems. Spending lots of time with your dog and paying it close attention is ultimately what you need to do to help understand your dog better.

What Could My Dog Be Saying?