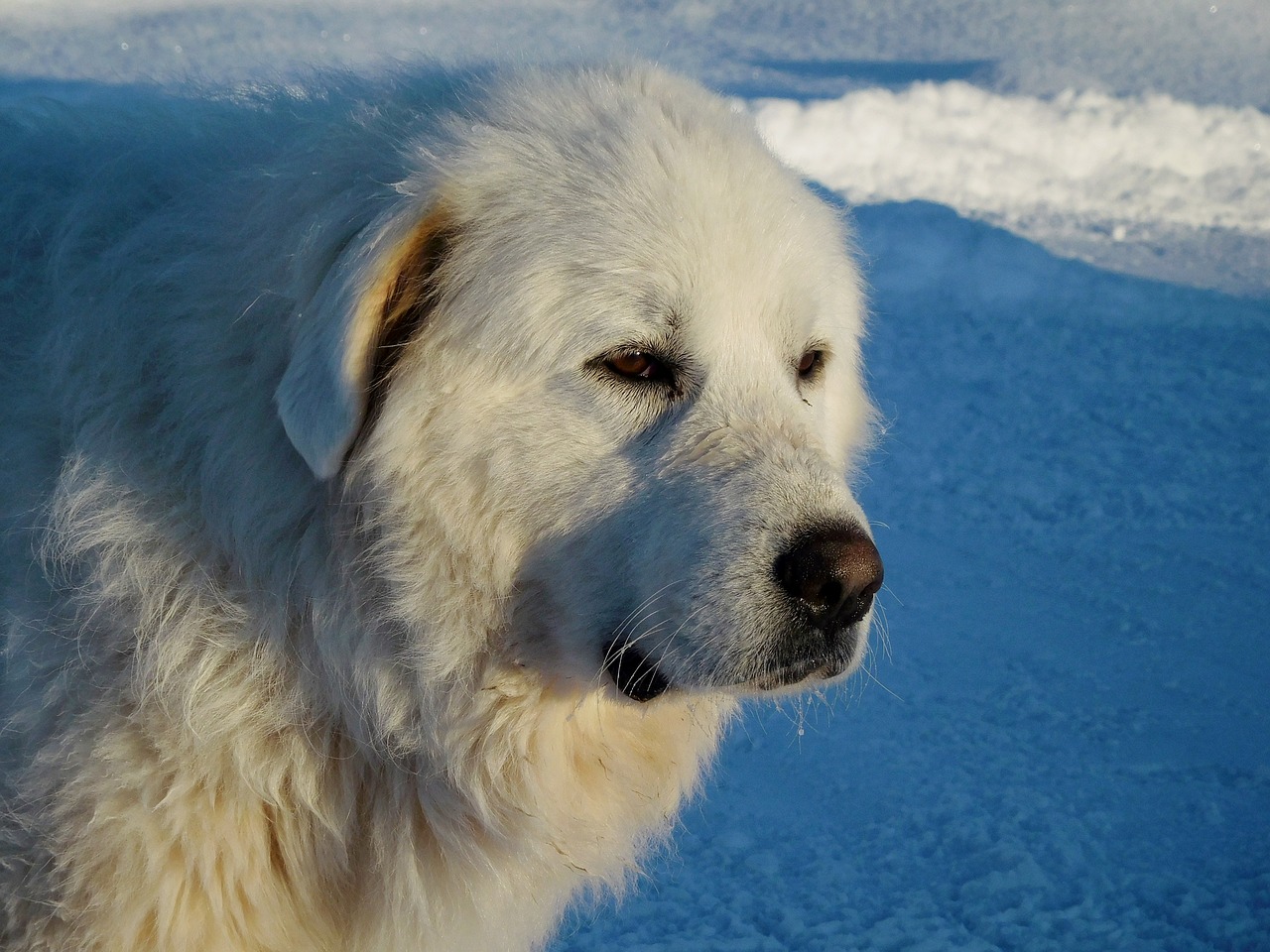 Few dogs can regularly be called majestic or have a Zen-like calmness to them. This, however, exactly what the American Kennel Club calls the Great Pyrenees.

Read below to learn more about the Great Pyrenees.

The Great Pyrenees is a breed that hails from the border of France and Spain. Its earliest description comes from 1407 where the breed was used to guard livestock. It’s size, temperament, and intelligence made it a perfect companion for livestock. It was also written that the Great Pyrenees was prized for its white coat above others with color. This was because if a Great Pyrenees ran after a wolf, people would still be able to see them even at night.

The Great Pyrenees has been mentioned throughout history as a favorite of many French aristocrats, but the breed was brought to the United States in 1931 by Mary and Francis Crane with the breed being accepted by the AKC by 1933. Thanks to the work of the Crane family, the breed was able to escape the ravages of World War II. In all, they imported almost sixty dogs to the US. Their work was able to continue many unique bloodlines that still exist today. 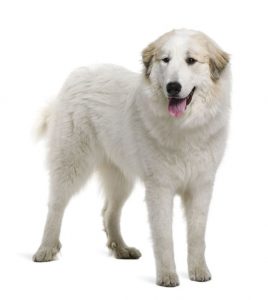 The first thing anyone would notice with this breed is its size. It’s a large dog that can easily weigh over 100 pounds, with males reaching a weight of 130 pounds. They stand anywhere from 26-32 inches with males being on the taller side.

The Great Pyrenees has a stunning white double coat. Their double coat is also weather resistant. This of course would help them while at work. They were used to keep guard over livestock in the mountainous region between France and Spain. This cold and snowy environment called for this thick coat. The outer layer is built of coarse straight hairs while the dense undercoat is fine and about as woolly as the animals this breed would protect.

White is the accepted color of the Great Pyrenees, though there can be some darker colorations. There may be shades of gray, rust, or tan. As the dog ages as well, they can develop tan colorations or even hints of lemon.

Great Pyrenees dogs that are bred today have a great track record when it comes to health. Breeders have done an excellent job having dogs tested for common conditions that can affect the breed.

One condition that is common to the breed is bloat. This is where the stomach becomes distended and can sometime twist around itself.

Bloat is the only condition that seems to present in a Great Pyrenees. They are susceptible to other conditions that affect large breed dogs though including: 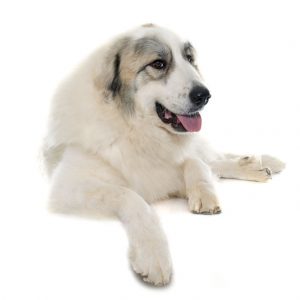 The Great Pyrenees looks like a giant, majestic furball. Because of this, they will need a fair bit of grooming. The good news is their grooming needs are not excessive since the breed was made to live in inclement weather.

It is recommended to brush at least once a week. When the Great Pyrenees begins shedding though, you’re going to want to keep that always brush around. They have a relatively tangle-free outer coat, but their fine undercoat can make a mess during shedding season.

Otherwise, they will should be cleaned up as needed. You should also brush their teeth often with a dog approved toothpaste as well as keep their nails for growing too long to avoid discomfort.

The temperament of the Great Pyrenees is really where the breed shines. The dog originally was used by shepherds to guard the flock, so they handle independence very well. They also like to vocalize. Their guardian instinct will make sure you know when the mail comes or when a guest has arrived.

Therefore, it’s critical to socialize them as early as possible. They are fiercely loyal to a fault. The Great Pyrenees would literally give its life to protect their family. Socialization is an important step in training, so your Great Pyrenees knows that other people and dogs are friends. Socializing is especially important when the breed grows as large as the Great Pyrenees. 130 pounds of dog can be intimidating if they don’t want you around their family!

The Great Pyrenees can become destructive if you leave him home alone all day much like any dog. But the good news is that his mellow demeanor allows him to live in an apartment if need be. He’ll be much happier if he has access to a yard though. And be certain to give him at least 20 minutes a day of exercise.

If you’re looking for a breed that will be happy taking up all the couch space and keep an eye on the family, a Great Pyrenees will fit the bill. Their size and demeanor make them great for the family but be sure to get ready for their attention too. They’ll give unconditional love but will also pull their own weight if need be.