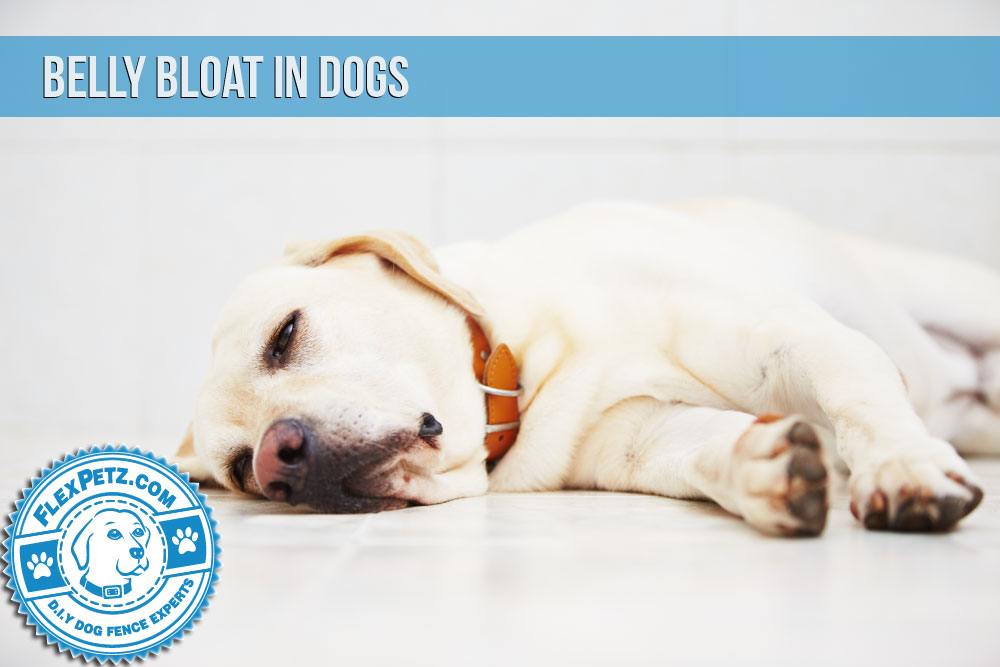 Most people wouldn’t be too concerned if they saw their dog’s stomach a little swollen. The logical conclusion many would make is that the dog simply ate too much. Although that is a possibility, swelling of a dog’s stomach can actually be a life-threatening condition known as GDV. According to Doctors Foster and Smith, if your dog’s stomach appears swollen, you should contact their veterinarian immediately.

Also known by the names bloat, twisted stomach or stomach torsion, GDV can cause a dog to die in only a matter of hours. This is why if your dog’s stomach is bloated, you should consider it to be a life-threatening emergency. No home remedies for GDV exist, and even dogs who receive veterinary treatment have a 25-33% chance of dying.

What happens with GDV in dogs is that for unknown reasons, the stomach fills up with air and puts significant pressure on the diaphragm and other organs. This makes it very difficult for the dog to breathe. When the stomach is filled with air, large veins in the abdomen become compressed, and this stops blood from going back to the heart. Blood supply to the stomach becomes stifled, and the stomach begins to die. Doctors at WebMD call GDV “the mother of all emergencies.”

The exact cause of GDV is still up for debate. When food or gas stretches a dog’s stomach, the distended stomach rotates and the gas becomes trapped inside.

Some breeds are more prone to having belly bloat. Experts say that GDV is far more likely to happen in large breeds that have deep, narrow chests. According to a Purdue University study, the top 10 breeds most likely to develop belly bloat in dogs are as follows: Great Dane, Saint Bernard, Weimaraner, Irish Setter, Gordon Setter, Standard Poodle, Basset Hound, Doberman Pinscher, Old English Sheepdog, and the German Shorthaired Pointer.

Here are some other factors that put your dog more at risk:

Because so many factors play a part in causing bloat, preventing it may be difficult. However, WebMD says there are a few things you can do to help.

Other Possible Causes of Belly Bloat in Dogs

Your dog’s stomach may also become bloated if he has developed a serious infection known as Peritonitis. This happens when your dog’s stomach or intestine becomes punctured, usually due to splinters from a bone. This could also happen due to an ulcer or a tumor. Peritonitis also happens if the gallbladder or urinary bladder ruptures. This of course is very painful for the dog. Dogs with peritonitis require surgery, antibiotics, pain relief and intravenous fluids.

Cushing ’s disease is another possible cause of belly bloat in dogs. This condition is caused by an overproduction of the hormone, cortisol. Additional signs of Cushing’s disease include hair loss, eating and drinking more, and urinating more.

Ascites is another possible cause of belly bloat in dogs. This is the accumulation of fluid in the abdomen. It can be caused by many things, including heart failure, liver disease, kidney problems or intestinal disease. Stomach swelling can also be caused by internal bleeding.

With all of these things being said, your dog’s belly can also become bloated if he has eaten too much. Although something as simple as this could be the cause, because it could be more serious, it is recommended to get a veterinary diagnosis if your dog’s stomach becomes bloated. Taking a chance could cost your dog his life.