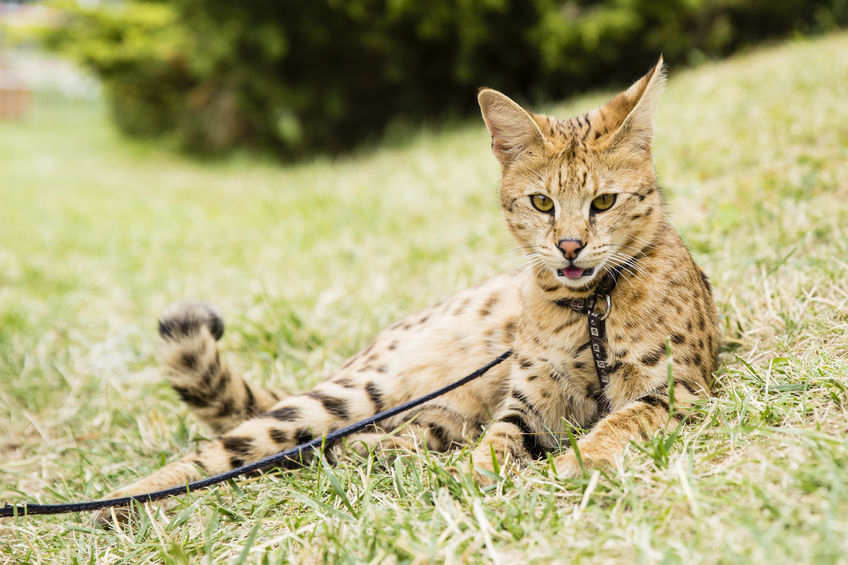 The Ashera cat has been touted as the most expensive cat ever. But is that price tag really worth it, and where did the Ashera come from? Read below to learn more about the Ashera cat.

Origins of the Ashera Cat

The Ashera cat comes to us from a company called Lifestyle Pets. This company selectively bred these cats in a lab. Only in the last decade or two have Ashera cats been available. So, the Ashera is an entirely new hybrid breed of cat. The Ashera is said to be a mix between an African wild cat and an Asian leopard with a hint of domestic cat mixed in. Lifestyle Pets also stopped producing these cats in June of 2008. And at a price tag of between 17 and 125 thousand, it’s pretty safe to say that not many people are getting their hands on them. Ashera cats are strikingly similar to a Savannah cat, but more on that later.

The Ashera cat is sought after because it is such a large cat. It can grow to be almost five feet long and a weight of between 26 and 33 lbs. Weight aside, that cat can grow to be almost as tall as a person when on its hind legs! There are four different kinds of Ashera cats that exist. These cats are: Ashera cats may be bred from wild breeds of cat, but they are a very calm kitty. While they do look very wild, they are known to be very quiet and relaxed. Asheras are happy to be the center of attention and they take lots of pets. The Ashera is equally happy to be left alone for a bit to relax.

Caring for an Ashera Cat

If you’ve already had a domestic cat, you’re well on your way to caring for an Ashera cat. One of the more uncommon things to consider is that these cats come with an insurance policy that covers vet visits for the first year of their life. Which is pretty nice since they cost more than most people’s cars. If you buy one new, it will be vaccinated and chipped already. An Ashera is also very specifically bred. The breeder will have the cat spayed or neutered before sending them to new owners, so they can protect the cat’s genetics. An Ashura’s diet is pretty standard. They will need a mixture of protein and fats to maintain their muscles and their coat. Remember, as the largest cat breed, that’s a lot of muscle to maintain.

Ashera cats have become part of a controversy, mostly surrounding Lifestyle Pets and its founder. The founder, Simon Brodie, has been accused of starting many fraudulent companies and has been in and out of court. The company was also evicted from its headquarters, which also served as Brodie’s home. In the end, did they deliver? Well, yes and no. They did in fact deliver some of their cats to those who purchased them. But they also left many people without cats who had paid for them. Shady business aside, the claim that Asheras are any different from Savannah cats is not very strong. Lifestyle Pets was very secretive about their breeding program. In the end, the only person who actually said the Ashera was any different was a scientist from Lifestyle Pets, and his claims have never been peer reviewed. A Savannah cat breeder from Pennsylvania named Chris Shirk called the authenticity of the Ashera into question when he believed that he had actually raised the specific cats in question that were being sold as Asheras. DNA evidence later confirmed that Chris Shirk had actually raised some of the Ashera cats that were being sold. Once this news broke, Simon Brodie disappeared, and Lifestyle Pets announced it would stop breeding cats. In the end, we may never know if Ashera cats are any different from Savannah cats.