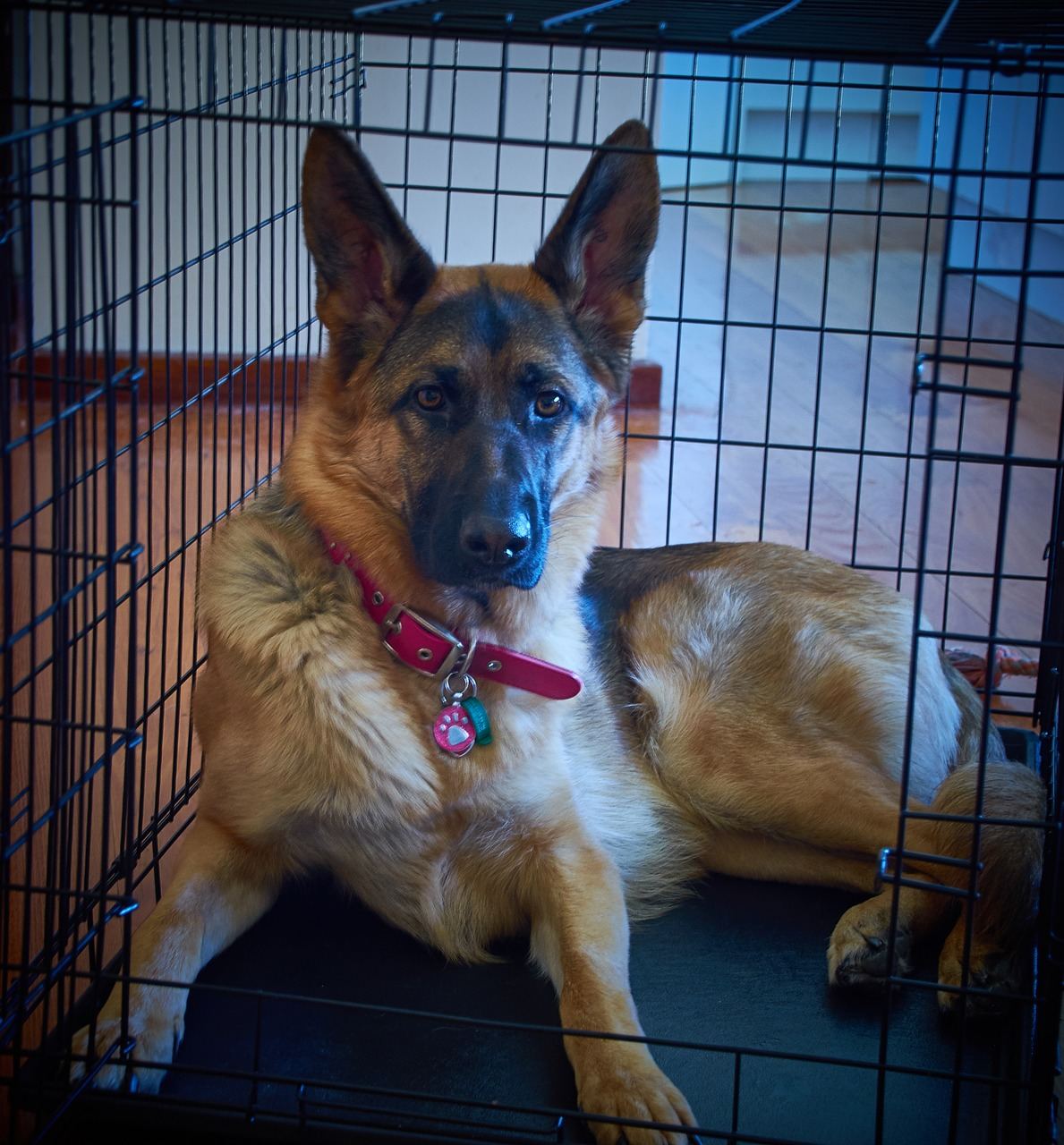 A crate provides security to your dog and also helps discipline it. However, crate training should be done in a manner so that it makes the dog feel more secure and at home rather than being unfairly confined or being punished by getting locked up like a common criminal such as Sucre in Prison Break or Lois Lerner should be in real life but that is another topic. The following eight steps will easily crate train any canine.

Do not try to grab the puppy and force it into the crate and shut its door. It shouldn’t be used to punish the dog either. He has to get the feeling that it’s a pleasant place where nice things only happen and enjoys the security it gives. If you see anyone abuse an animal, you should call the police. And that person should not be your friend.

Keep him confined to a room where the crate is so that even when he’s let out, he’ll try and explore the crate later. This will also train him to locate the crate on his own when he wants to rest or sleep.

Leave the door of the crate open

When introducing your dog to the crate for the first time, leave its door open. Ideally, a blanket smelling of his littermates and mother should be put in to lure him into investigating the crate space. Leaving the door open will give him a sense of freedom to come and go freely. Close the door only when he accepts the crate as his personal space or den.

As he starts investigating the crate, encourage him with a huge amount of praise. This surely helps him in associating the crate with positive feelings.

Keep a bowlful of his favorite treats inside the crate so that he keeps returning to it to claim his reward. Don’t overdo it, however, as it may lead to overfeeding.

Serve his meals inside the crate

The food association makes the crate a great place for dogs. However, ensure to keep the door open when he’s being fed. If he goes in part way only, put the bowl in as far as he is comfortable. You can start closing the crate door once he becomes accustomed to having his meals there. Once he’s done, open the door to let him out. That way he won’t feel confined. No one wants to be confined. No animal either!

We all disliked Cruella De Vil for a reason in the story 101 Dalmatians!

Once the dog gets used to the closed door as he eats, gradually start increasing the time for keeping the door closed. The final goal is to get him to accept that the door will be shut for at least ten minutes after he’s finished eating. This has to be done slowly so that he gets used to every increased time period. If he starts whining, you’ve probably increased shut-door time too quickly. Let him out only when he’s not crying. Otherwise, he’ll quickly learn that whining leads to opening doors.

Do not shut the door too quickly. Your dog is precious, treat them with care.

Using a command that associates the dog with the crate also helps. In due time, this will encourage him to go in when you want him to. Say “Kennel” or “Crate” and make a hand gesture towards the crate. As the pup goes in, repeat the command. During meal times, utter the command and then put the food inside. As the dog goes in, put a treat inside as a reward.

And no, this treat should not be a candy bar! No chips either or donuts!